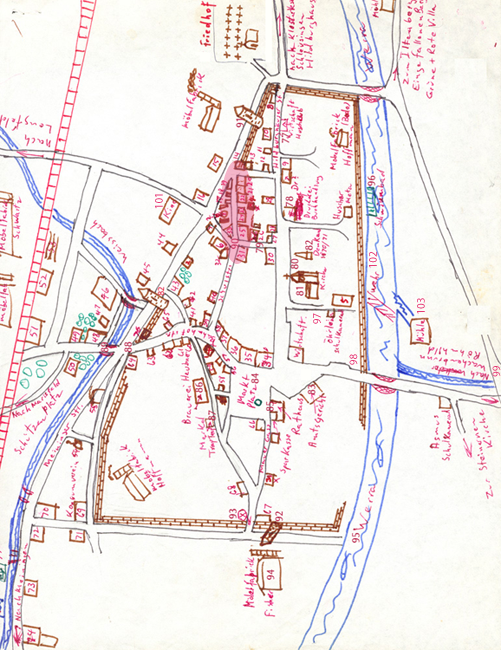 Here you are — a detour off Bahnhofstrasse into Schulstrasse/School Street! 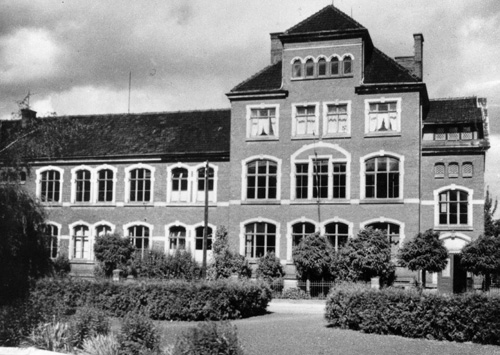 I attended classes in every room. Here the teachers changed classes, the pupils stayed put. Where you see the curtains lived Oberlehrer Stapf, the Principal. His son Erhard Stapf and I played together as children and traded stamps. This school was destroyed during World War II. 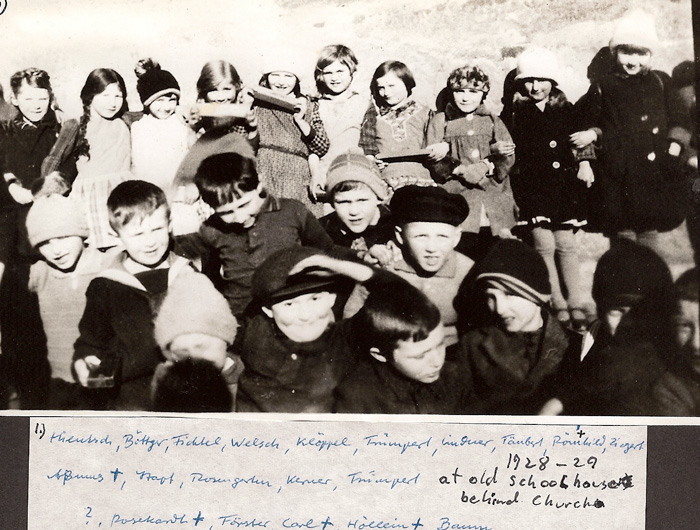 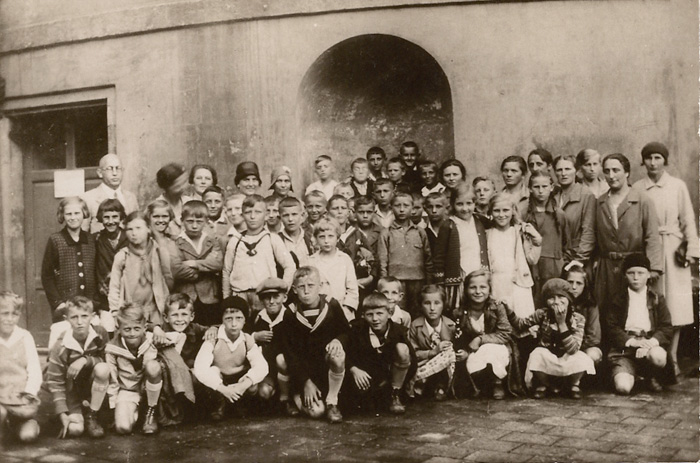 53. School Year 1931. Photo: Foto-Mittag Themar/Thür. Manfred is in the niche in the back behind boy with glasses who is probably Willi Förster. 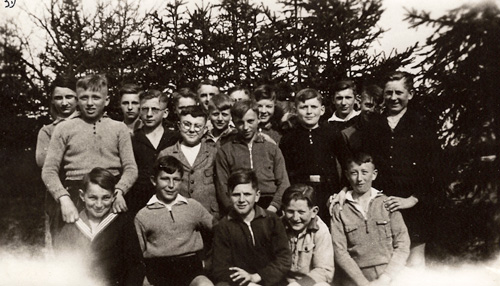 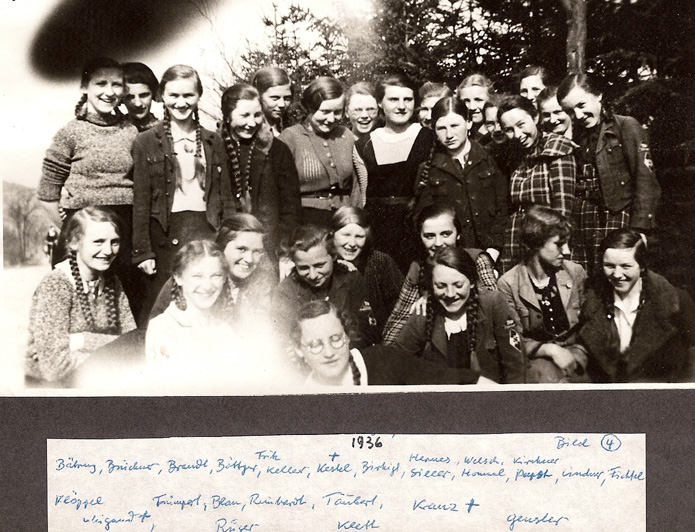 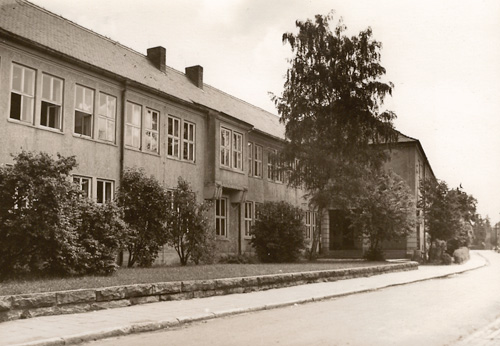 New school building — the complex now incorporates a former War Memorial from WW I. There were the names of two Jewish boys on the one tablet. They were the sons of our kosher butcher, by the name of Kahn. The Nazis had those names chiseled out.

[Editor’s Note: The names of Fritz and Leonhard Kahn were not chiseled out of the WWI memorial; instead, it is believed, the names may have been blunted as to be rendered illegible; after the war the names were restored and repolished and are to be seen intact in the WWI memorial tablets, which are now housed in the Cemetery Church.] 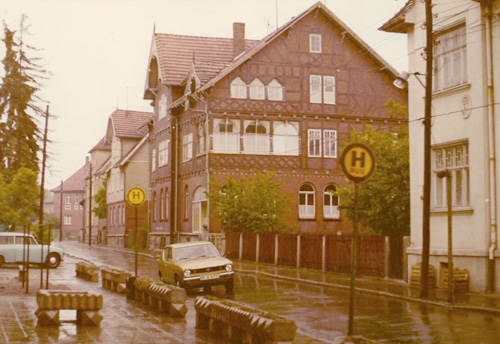 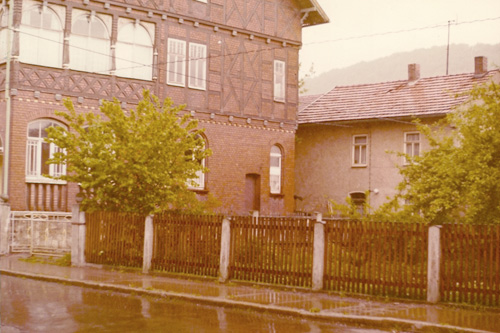 We lived in the little grey house, my grandparents lived downstairs, and we lived upstairs for many years. Note little door in the red house near the back. The structure on the right of the redhouse was the outhouse for the little house, no indoor plumbing. Pipes ran along the outside of the big house for it, and into the sump. It was emptied by hand by a farmer every so often. 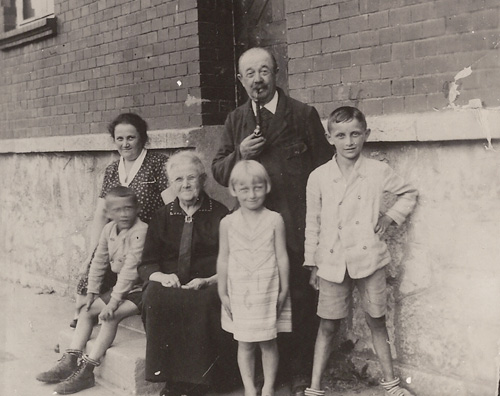 59. The Schwab/Rosengarten Families in front of the Beamtenschule c. 1932. (#22 on map) l/r: Berta Rosengarten, Regina and Abraham Schwab, (my grandparents), myself at 11 or 12 years old. In front is Marianne Weber, grandaughter of our landlady, Frau Vogt.