The Family of Else Kahn & Markus Rosenberg 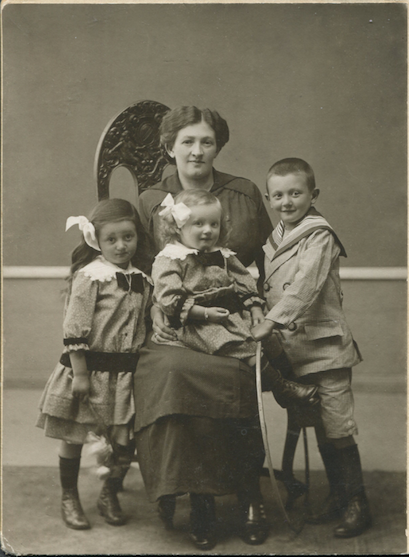 Else was the eldest daughter of Josef and Hulda Kahn (née Walther). She was born and raised in Themar and planned to end her days there.

We do not know exactly when and where, or how, she met Markus Rosenberg, who was born in 1888 in Lichenroth, a small village 500 km northeast of Frankfurt. But meet they did, and in 1910, they married; in the next three years, they quickly formed a family of one son, Julius, and two daughters, Irma and Elly. The family  lived in a home at Schulstrasse 3.

In 1914, Markus went to war during which he became a prisoner of war and was awarded the Iron Cross, 2nd class. Markus is identified as both a “Kaufmann” and a “Reisender” in various official documents, which likely means he was a wholesale merchant who travelled with his goods to the surrounding villages. Else focused on raising three children. Julius, Irma, and Elly attended public school just down the street from their home until the mid to late 1920s. A Walther relative, Hanna or Hännchen Walther, b. 1864 in Marisfeld, was also part of the household in Schulstrasse 3, or Dr. Frickstrasse as it became in 1933. Hanna died in October, 1936, age 72. 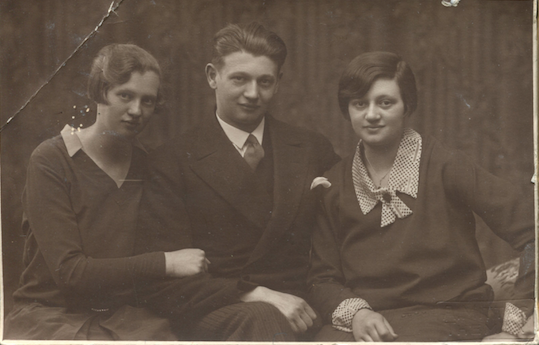 In the 1920s and early 1930s, the three Rosenberg children left Themar: in 1924, Julius went west to the area around Darmstadt; here, he met Else Pabst, a non-Jew, and the two married in August 1933.  A year later, in July 1934, Else and Julius had a baby girl, Lotte. In 1935, the family returned to Themar and Julius became the chauffeur/driver for the Gassenheimer firm of agricultural machinery.

In the November 1938 Pogrom, both Markus and his son, Julius, were rounded up and sent to Buchenwald; Ernst Ledermann wrote letters on behalf of both men and both were eventually released. The Rosenbergs did everything they possibly could to emigrate from Germany: Irma and Elly were successful: in 1939, both women left, Irma for England and Elly for the United States. But Julius and his parents failed to emigrated: in early 1939, Markus, Else, and Julius all received wait numbers from the American Consul in Berlin, but the numbers were high, and they knew that it would be years before they fell within the American immigration quota.

As the 1940s began, Else, Markus and Julius were still in Themar: Julius was in forced labour working from dawn to dusk, first in Themar at a tile works and then in Gehlberg in the Thüringen Woods; Julius’s wife, Else, worked in Würzburg. On 20 September 1942, Markus and Else were deported to Theresienstadt where Markus ‘died’in July 1943. Ten months later, on 18 May 1944, Else was deported from Theresienstadt  to Auschwitz where s he was murdered. In 1943, Julius, who had failed to obtain emigration papers in time, was arrested in Weimar. He was declared officially dead as of 8 May 1945, the end of WWII.

In 1945, in Germany, Else Rosenberg (née Pabst) lived in Darmstadt with her daughter, Lotte. In the early 1950s, they left Germany for Canada where Else Rosenberg lived until her death in 1995 in Vancouver, British Columbia.

Acknowledgement:
We wish to thank Lotte Schaefer, née Rosenberg, the daughter of Julius and Else Rosenberg, for sharing her precious documents and photographs with us.