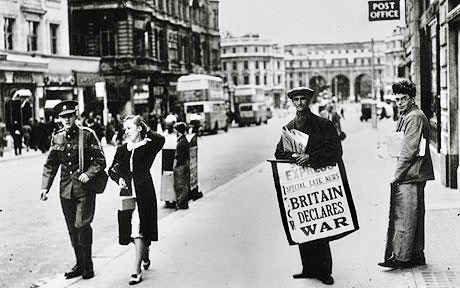 Barely twenty years after the end of World War I, war erupted again. On 1 September 1939, Germany invaded Poland. On 3 September Britain — and the Commonwealth countries such as Canada — and France declared war on Germany. The circumstances in 1939 were completely different for German Jews than they had been in 1914, when Jews had served in extraordinary numbers and exemplary service—including those in Themar’s families—in the German army. Now almost all German Jewswere desperately seeking to be elsewhere.

On 3 September 1939, about x members of the Jewish families of Themar were alive. The following pages take you to stories about the impact of World War II on these men, women, and children.