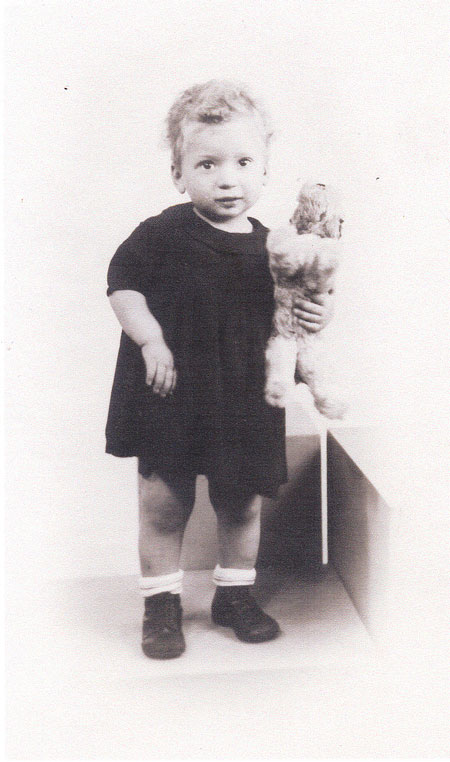 Wannsee and Deportations from occupied Europe to Auschwitz
The first members of Themar’s Jewish families to be deported to Auschwitz were those living in countries in occupied Europe: France, Holland, and Italy. In France, deportations from Drancy in France began in June 1942; on 10 August 1942, cousins Albert and Josef Katz, both born in Themar, were on a transport of 1006 Jews sent from Drancy to Auschwitz on 10 August 1942. Eight (8) men, women, and children, were deported directly from those countries. once the decision was made at the Wannsee Conference in January 1942 to deport the Jews of Western Europe to ‘the East’.

The transports from the Netherlands began in July 1942; Käthe Wurms, née Nussbaum, a cousin of Clara Müller, née Nussbaum, and her four-year-old daughter, Aaltje, were deported from the transit camp of Westerbork on February 1943. They were undoubtedly murdered immediately upon arrival two days later in Auschwitz.

We know of one person — Hedwig Sommer, née Gassenheimer — who was deported from Italy to Auschwitz. Hedwig, b. 1871 in Bibra, was the daughter of Salomon and Babette (née Wolfermann) Gassenheimer; she had married Jacob Sommer and lived in Hildburghausen where they raised seven (7) children. Hedwig and Jakob had divorced, and Hedwig was living in Hannover in the early 1930s with her son Arno and his family. In August 1936, Hedwig, son Arno, and his wife, Mira Grünbaum, (the daughter of Hugo and Klara (née Schloss) Grünbaum), and infant grandson, Sigfried Sommer left Germany to live in Italy. While Arno, Mira, and Sigfried were able to remain in Italy until the end of the war, Hedwig was rounded up and deported to Auschwitz; the date is unknown.

Germany to Auschwitz
Fifteen (15) men, women, and children were deported from within the boundaries of pre-war Germany: eleven (11) from Berlin and four (4) from other locations. Regular — that is, weekly, if not more often —  transports from Berlin directly to Auschwitz began on 29 November 1942. The research completed by Yad Vashem in its major documentation and mapping project Transports to Extinction, provides us with significant information about these transports. 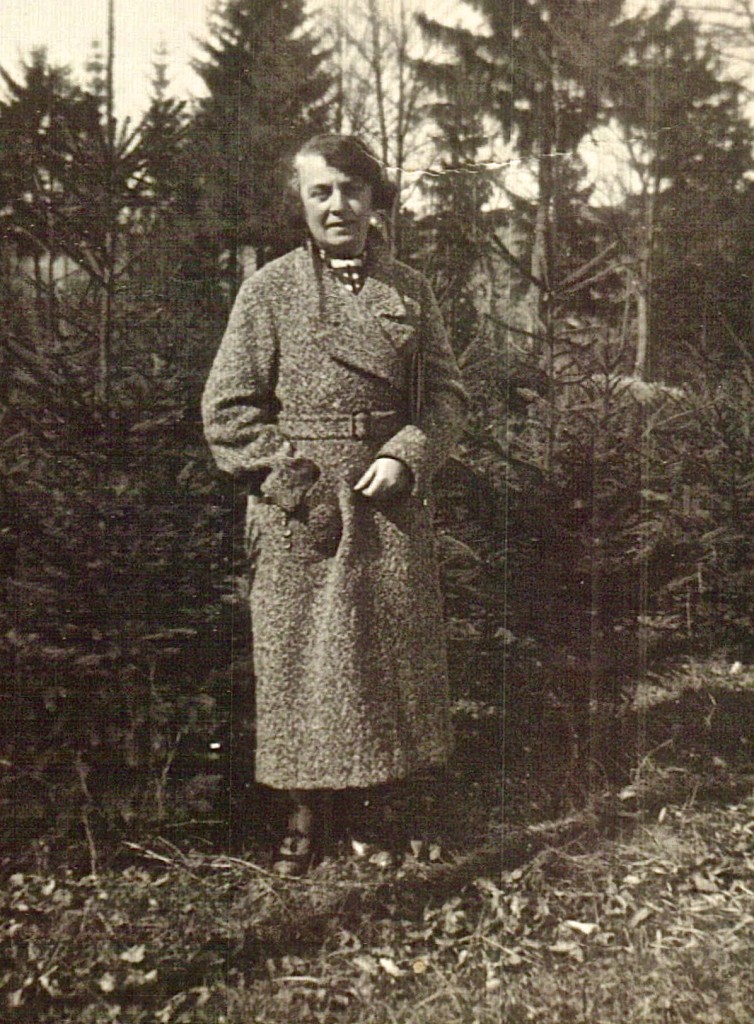 On 9 December 1942, Otto Baer, b. 1895 in Themar was the first to be deported from Berlin. We tell his story here. Five days later, on 14 December 1942, fifty-seven-year-old Pauline Müller, née Steindler, was deported. She had lived her married life in Themar, raising three children and managing the S. M. Müller Department Store with her brother-in-law, Max Müller I. In late 1939, she had left Themar to join her daughter Franziska/Fränze, and her two grandsons, Ludwig and Wolfgang in Berlin. They lived in Charlottenburg-Wilmersdorf 61. Fränze workd in a factory. The transport “departed from the city’s Putlitzstrasse Station in the Moabit district … and arrived at Auschwitz within one or two days. There were 815 Jews on this transport. […] Upon arrival outside the Auschwitz camp complex, the deportees were subject to a selection process carried out by the SS. The majority of the deportees were immediately sent to the gas chambers at Birkenau (Auschwitz II) and murdered. The other deportees were sent to forced labour under harsh conditions which they rarely survived. Historian Rita Meyhoefer claims that none of the deportees is known to have survived. Furthermore, according to the Auschwitz death register, it appears that the last person from this transport deemed “able bodied” upon the day of arrival in Auschwitz was killed by early February 1943.”

The transport of 14 December 1942 was the last for that year. The transports resumed in early 1943 with renewed vengeance. On 29 January 1943, five people related to the Jewish families of Themar were transported to Auschwitz: Herbert Kahn, b.1900 in Marisfeld, and his wife, Dina, b. 1899. (1) A first cousin of Manfred Rosengarten, Dorothea Hoffmann, née Rosengarten, was deported with her husband, Theodor, and their six-month old baby, Bibri. On 26 February 1943, Clara Wohlgemuth, née Seckel, b. in Themar, was deported; she was part of a group of Jews brought from Leipzig on 17 February 1943. A worker in the fur industry in Leipzig, Clara had not been deported earlier in either the transport to Belzyce Ghetto or Theresienstadt Ghetto. She had remained in Leipzig after her mother, Bertha Seckel, née Grünbaum, had been deported to Theresienstadt on 20 September 1942.

On 26 November 1942, Fritz Sauckel, General Plenipotentiary for Labour Deployment, had informed Germany’s regional employment office that Jewish forced labourers were to be ‘evacuated’ and in Berlin, they were to be replaced by Polish forced labourers.  Most of the Fabrikakation raids in Berlin took place in late February and early March 1943. and Adolf Kahn and his wife Rosa Kahn, (née Glass), were deported.

Franziska Neumann, née Müller, had lived in Berlin until early 1943 and had worked in forced labour at a factory. When exactly she and her two young sons left Berlin is unclear but probably just before the Aktion of late February 1943 during which thousands of Jews in Berlin were rounded up and deported to Auschwitz. Franziska and her sons escaped to Ebersbach a. der Fils. Here they were hidden for several months by the local pastor but in June 1943 a local resident betrayed them and they were sent to Auschwitz on a transport of 17 June 1943 from Stuttgart. 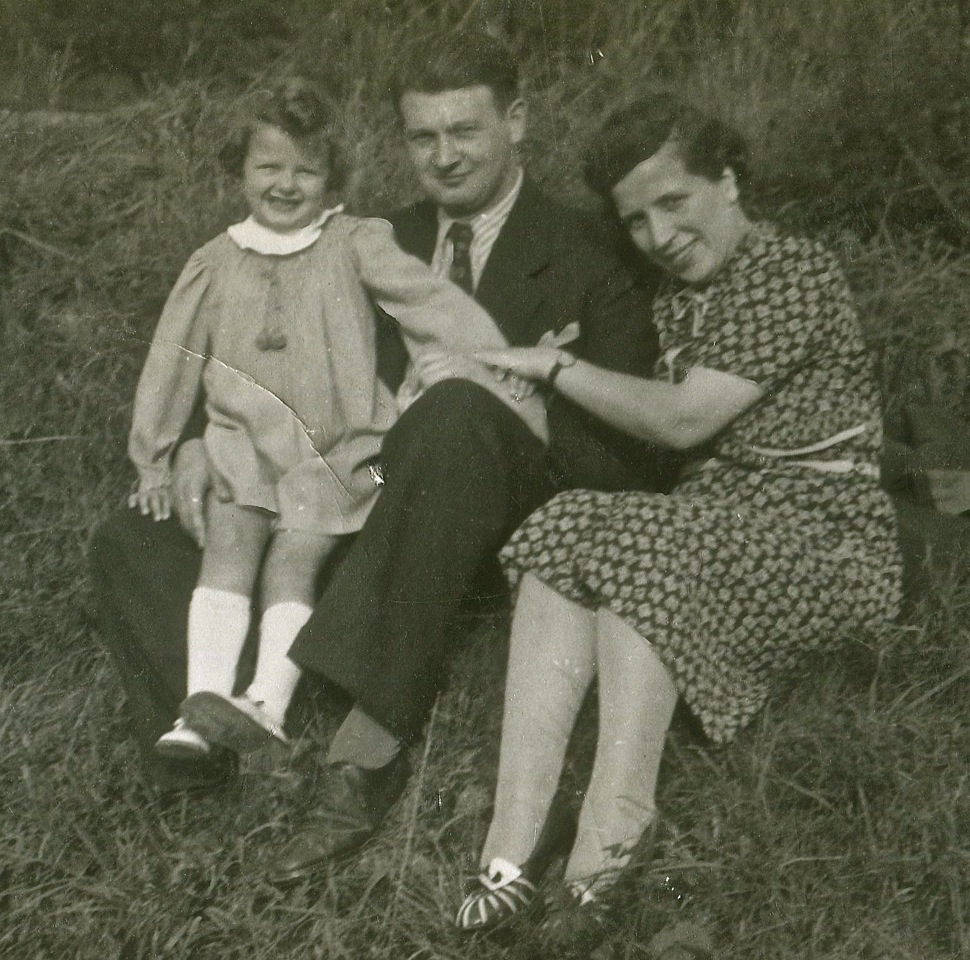 Two other people, both born in Themar, were deported to Auschwitz from within Germany: Paula Frankenberg, b. 1895 in Themar, the daughter of Löb & Jette Frankenberg, had been sent first to the Ravensbrück camp for women. Julius Rosenberg, b. 1910, was the son of Marcus and Else (née Kahn) Rosenberg. was the one Jew born in Themar who could be said to have been deported directly from the Themar area to Auschwitz. In 1943, when he was arrested, he was working as a forced labourer near Themar and after the war, Else Rosenberg, née Pabst, was informed that he had been sent from Weimar to Auschwitz.

Otto Baer was the only Themar Jew to survive Auschwitz. The forty-seven (47) other members of Themar’s Jewish families sent to Auschwitz did not survive. For twelve men and women, we have specific dates of death: 12 were murdered in Auschwitz and two young men were murdered in Dachau right at the end of the war. For the others, we assume that most of them were murdered upon arrival in Auschwitz, particularly those in their 50s and 60s, and any with small children, such as Käthe Wurms with her 4-year old daughter, Aaltje, or Ernst Lewin with his son Joachim. But it is also possible that some of them were sent on death marches as the Soviet forces advanced westward towards Auschwitz, and we will simply never know their fate.

Notes:
1. We believe that Dina Kahn, née Kalwariski, b. 1899, listed on the deportation list for 29 January 1943 below Herbert Kahn’s name, was probably Herbert’s wife. However, further verification is being sought.
2. Rosa Kahn, née Glass, who, we believe was Adolf Kahn’s wife, was deported with her mother and sister two days later.