The Letters of Dr. Ernst Ledermann

Between late November 1938 and the middle of January 1939, Dr. Ernst Ledermann, wrote letters to the Gestapo on behalf of the Jewish men of Themar arguing for their release from Buchenwald. In one, written on behalf of Adolf Kahn, born in Themar in 1902. Ledermann cites the distinguished service that the Kahn family displayed in WWI (two of Adolf’s brothers — Friedrich Daniel and Leonhard — were killed in the war and a third, Albert, died in military service ). He also states that telegrams confirm that emigration documents for Kahn are underway, and he emphasizes that, as a master butcher, Kahn has the skills to earn a livelihood and establish a new life elsewhere

How and why Ledermann came to write the letters for the Themar men is not yet known in detail. Ledermann was himself rounded up with the other Jewish men of Gotha on November 9/10, 1938 and imprisoned in Buchenwald. He was freed by mid-November and returned home to put his own affairs in order. In January 1939, he left for England followed later in the year by his wife and son. And yet, in that brief period of time and under enormous personal pressure, he found time to write on behalf of at least 18 other Jewish men. We know that two of the largest Jewish businesses in Themar, the Gassenheimer Agricultural Machinery Co. and the S.J. Baer Department Store, were clients of Ledermann. But he had a very large clientele throughout Thüringen so how he came to write letters for this particular group is still to be determined.

It is possible that he wrote on behalf of those imprisoned from Gotha and Arnstadt, his birth place, as well. Dr. Ernst Ledermann came from a family with deep roots in Thüringen in the northern part of the state. The outline of his family is available here. 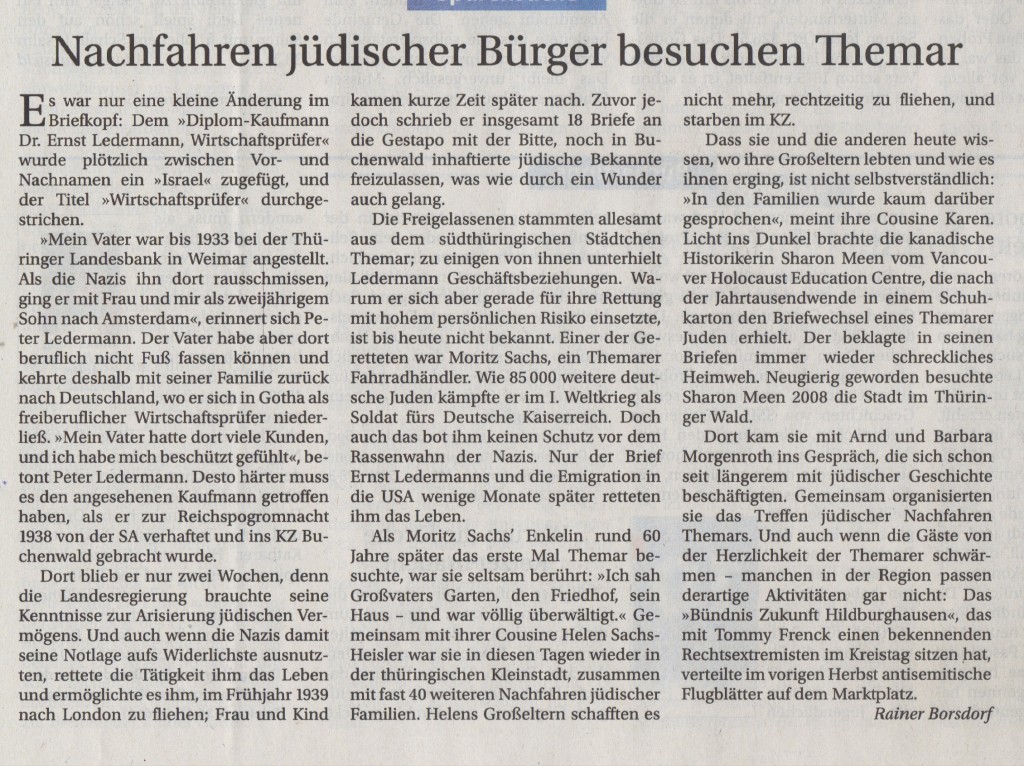