Updated 18 October 2022:
Adolf & Meta (née Schwab) Katz and their children lived for some fifteen years in Themar between the mid-1880s and the early 1900s. The family was not one of the ‘core’ families of Themar, those families who were there from the early 1860s until the late 1930s/early 1940s. And, aside from an occasional advertisement in the local newspaper, they left few traces in the city records; we do not know where they lived, for example.

It would therefore be easy for us to overlook the Katz family of Themar but to do so would be a mistake. We will probably never know a great deal about the Katz family but what we do know contributes to our growing knowledge about family dynamics in rural Thüringen in the 19th and 20th centuries.

Until recently (fall 2022), we knew of no members of the family who had survived World War II and the Holocaust. But first, an entry in the FindaGrave database told us that Hugo Katz, b. 1891 ion Themar, had died in Stuttgart in 1936, a young man at age 44, and been buried in the Jewish cemetery there. Then contact with a genealogist and family member in Israel brought us information not only about Hugo’s wife, Selma Berlinger, who died in 1927 in Stuttgart, but about a son, Walter Ludwig Katz, b. 1927 in Stuttgart. At some time before World War II began, Walter Ludwig was able to leave Germany and gain entry into the United Kingdom; it is possible/probable that he was part of the Kindertransport program. In England, he changed his name to Walter Laurence Rich, the surname being that of the man who adopted him, H. P. Rich of Birmingham. 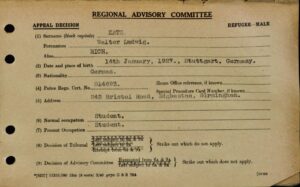 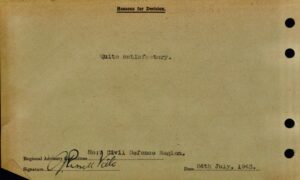 There is a puzzling file in the “Enemy Aliens Tribunal Index Cards” for Walter Ludwig Katz Rich: he was too young, age 12, in 1939 to have to meet with the Enemy Aliens Tribunal or in 1940 when Jewish refugees were rounded up and some interned in the United Kingdom and others deported to Canada or Australia. But, on 24 July 1943, a Regional Advisory Committee met to consider an appeal and determined that his case was “quite satisfactory.”

Adolf Katz was born in 1862 in Bibra in Sachsen-Meiningen (Thuringia), the eldest child of Ludwig & Hannchen (née Stoll) Katz. He had two sisters and four step-siblings. His family was part of one of the largest Jewish families in Bibra, whose roots stretched back into the 1700s. (Researcher David Sichel has posted profiles of the Katz family dating back to the mid-1870s on the geni.com database.)

Meta Schwab came from Rimpar, a town of some 2,000 residents in Unterfranken. (Dr. Andreas Joseph Schwab has posted profiles of the Schwab family back to the early 1700s on the geni.com database.) Hanne Mintzel of Rimpar has provided us with the details of Meta’s family: her parents were Hajum and Wilhelmine (née Sondheimer) Schwab and she was the third child and first daughter of Hajum Schwab.

According to the Themar Jewish Family Register, Adolf Katz and Meta Schwab had two marriage ceremonies, one religious and one civil, in December 1887. On 16 September 1888, their first child, Hedwig, was born in Themar; sadly, she lived only 12 days. Between 1889 and 1903, Meta bore eleven (11) more children, according to the Geburtsregister for Themar 1876-1920.

Sometime in the early 1900s, the family moved to the larger city of Meiningen, north of Themar. Adolf and Meta lived the rest of their lives in Meiningen, while their children started to fan out to other places in Germany.

While we believe that we know the names of all eleven (11) children, we know the stories of nine: Hedwig, Max, and Siegfried died as infants; Martha, Elka, Hugo, Bettina, Josef, and Irma grew to adulthood. To date, we are unable to find traces other than birthdate and place for Eric or Walter. The Themar Jewish Family Register/Matrikel does not provide any hints of early death or emigration, so perhaps, as with the recent discovery of Hugo’s story, we may learn about these three.

The eldest Katz daughter, Martha, b. 1889, probably lived about ten years in Themar and then moved to Meiningen with her parents and siblings. Collecting the puzzle pieces after the family move to Meiningen was challenging.  The Themar City Archives, which contains the 1938 letter to the Themar City Registrar confirming the addition of “Sara” to her given names, told us her married name —”Hahn” — and address — Hobartstrasse 9 — in Frankfurt a/Main. The German National Archives Memorial Book/Gedenkbuch told us she 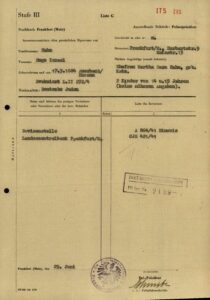 Confirmation came when the Arolsen Archives started to post their documents online. First the card for Hugo Hahn, in the Money administration cards of prisoners of CC Buchenwald, 1937 – 1945  and then a post-war document, Lists of all persons of United Nations and other foreigners, German Jews and stateless persons, confirmed that Martha Katz was the wife of Hugo Hahn, and that they had two daughters, Margot Rena, b. 1923, and Hildegard, b. 1925.

Elka Katz , b. 1890 and named after her great-grandmother, married Berthold Goudsmid of Dessau in Sachsen-Anhalt, and together they ran a textile business. In 1930 they acquired the property at Franzstrasse 47. 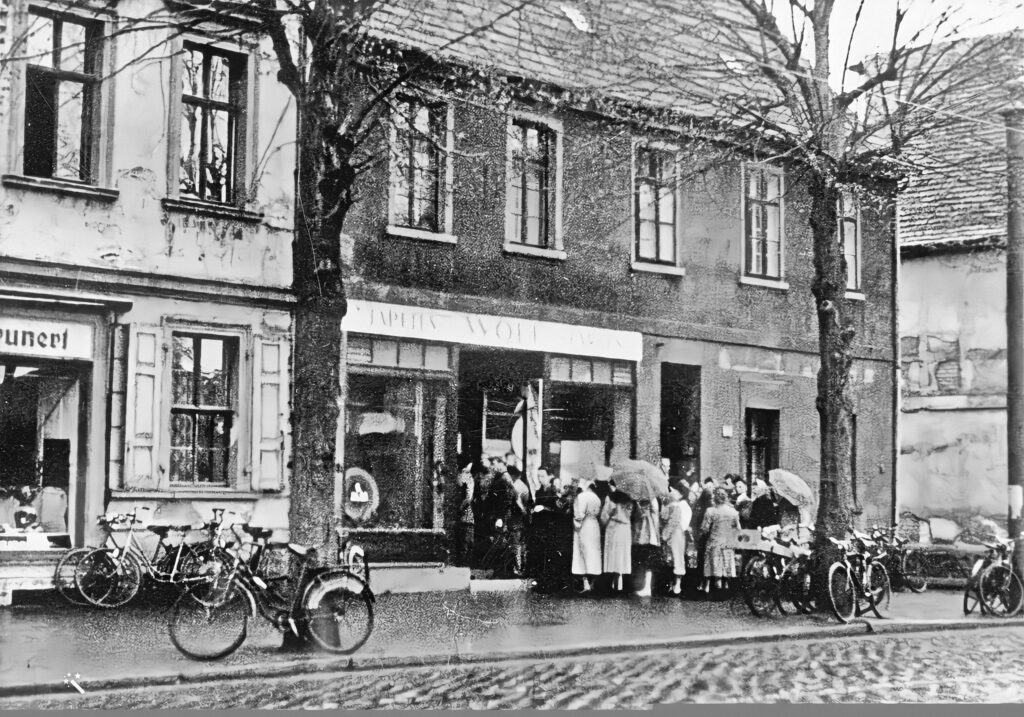 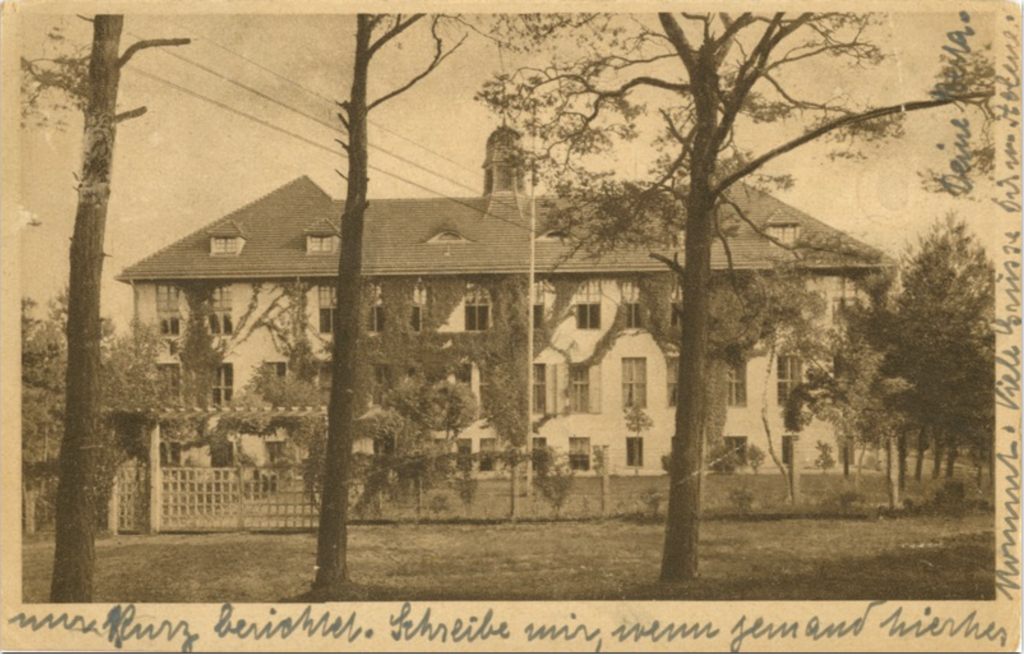 Their daughter, Ruth Goudsmid, born in 1922, was considered ,geistig zurück-gebliebene/mentally retarded’ and she moved to the Israelitische Erziehungsanstalt für geistig zurück-gebliebene Kinder in Beelitz. The school accepted children as young as six years old so Ruth may have been admitted sometime in the late 1920s or early 1930.

In 1933, Elka’s husband, Berthold Goudsmid, died, age 53. Elka’s sister, Bettina, and brother Joseph, joined the Goudsmid household at Franzstrasse 47. On 6 May 1939, Joseph left Germany for Belgium, hoping that Belgium’s neutrality in World War I would persist in another World War.

In 1939, Elka applied to emigrate with her daughter from Germany: she identified three possible places of refuge: Shanghai, where she had friends, South America, probably Columbia, where she had relatives, and Holland.

Irma KATZ continued to live with her parents, Adolf and Meta, in Meiningen until the 1930s. We know that she she married Berthold Mauritz Zuikerberg of Amsterdam and we believe the marriage took place in 1936 (our source is a family genealogy website). But whether Irma moved to Amsterdam because of her marriage to Zuickerberg or whether she met and married Zuikerberg after her move to Amsterdam we do not know. She was Zuikerberg’s second wife; he had divorced his first wife, Rebecca Swaep, in 1926.

The records we do have relate primarily to the Nazi regime and they tell us that the Holocaust extinguished much of the family, leaving no descendants to remember Themar.

Adolf and Meta Katz died of natural causes, Adolf in 1935 and Meta in 1937; both were in their seventies.

After that, death was unnatural, and, by the early 1940s, the family of Adolf and Meta Katz was destroyed. In late spring, 1939, Bettina Katz took her own life  — the official date of death, 11 June 1939, is the date on which her body was recovered from the River Mulde — possibly/probably in despair over the events of Kristallnacht and fearing what the future threatened.

Bettina’s siblings and their families were all murdered: The deportation of 11/12 November 1941, which carried Martha and her family Frankfurt am Main to the Minsk Ghetto was one of the early deportations of German Jews to “the East”,  On 13 April 1942, Elka Goudsmid (née Katz) was deported to the Warsaw Ghetto. Her daughter, Ruth, was deported on 13 June 1942, with a group of other children from Beelitz, to Sobibor. In May 1940, Joseph was deported to the Saint Cyprien Internment Camp and from there to the Drancy Collecting Detention Camp. On 10 August 1942, he was deported from Drancy to Auschwitz. On  On 6 July 1943, Irma Zuikerberg (née Katz) and her husband, Berthold Maurits Zuikerberg, were deported from Westerbork to Sobibor.

On 27 October 2011, the City of Dessau laid Stolpersteine in front of Franzstrasse 47 (now Franzstrasse 111-115) to honour the four Katzes who lived there: Elka Goudsmid (née Katz) and her daughter, Ruth Goudsmid, and Elka’s siblings, Bettina and Josef Katz.

If you have any information or questions about the Adolf & Meta Katz family, which you would like to share, please contact Sharon Meen @ s.meen79@gmail.com or smeen@mail.ubc.ca. We would be pleased to hear from you. 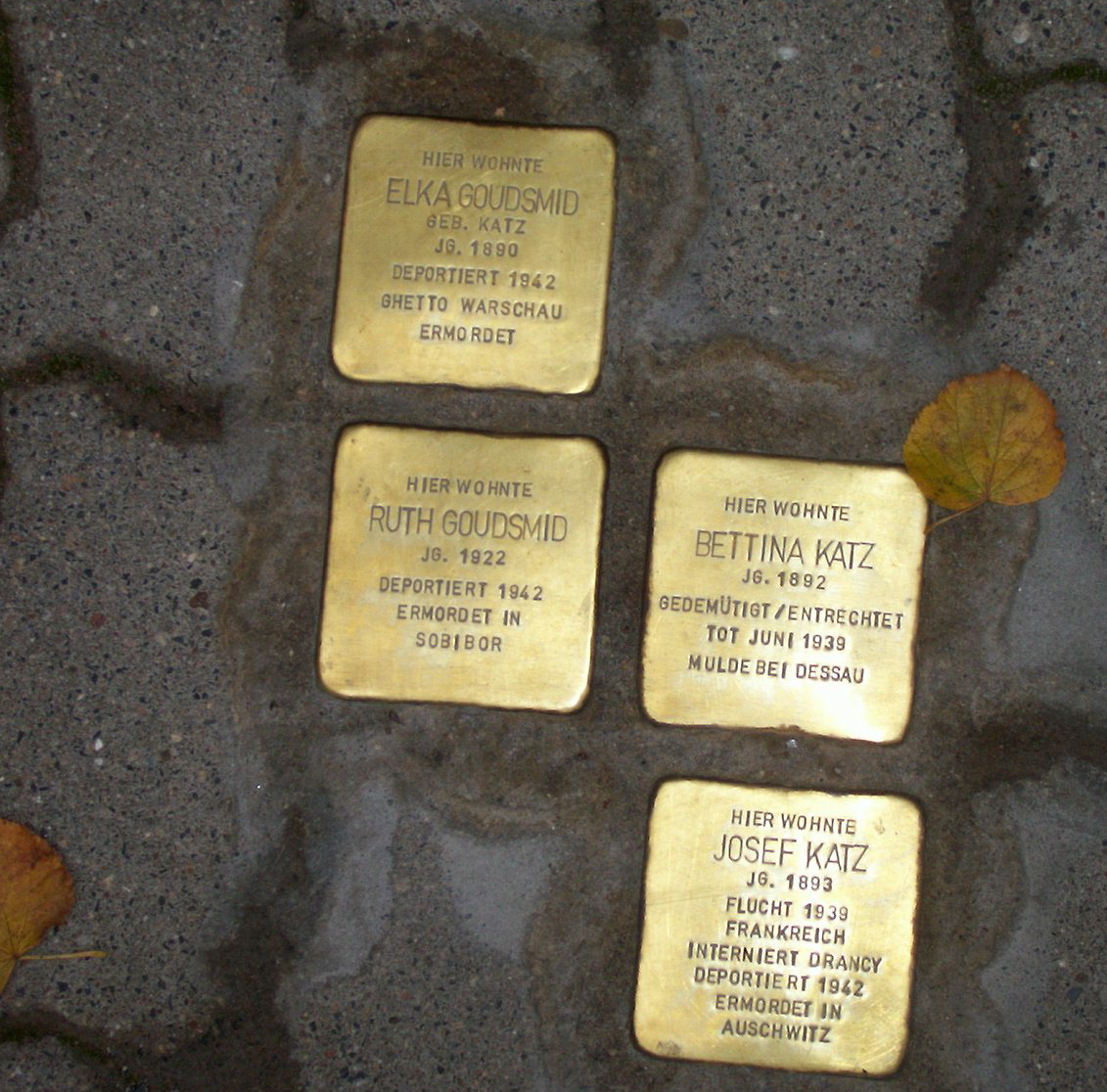 On 27 October 2011, Stolpersteine were laid for the four Katz family members who lived in Dessau. Source: Dr. Bernd Ulbrich, Dessau.