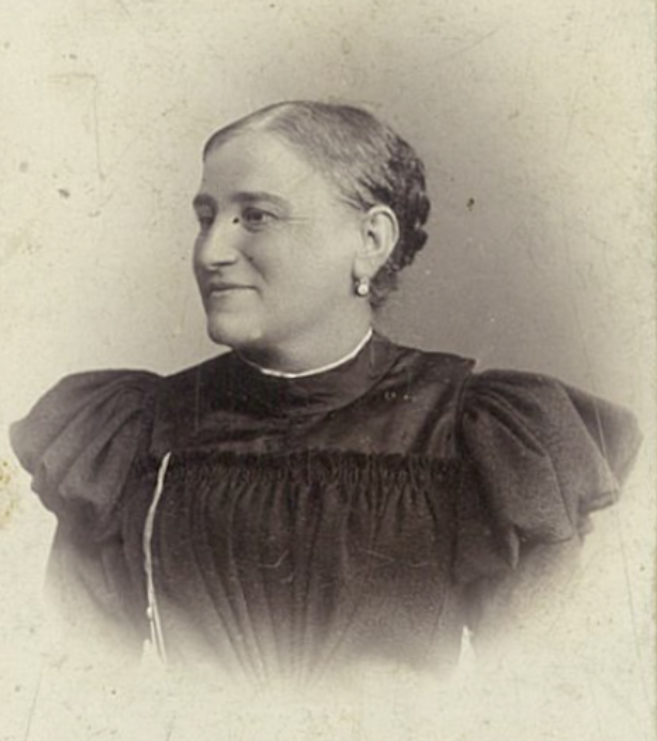 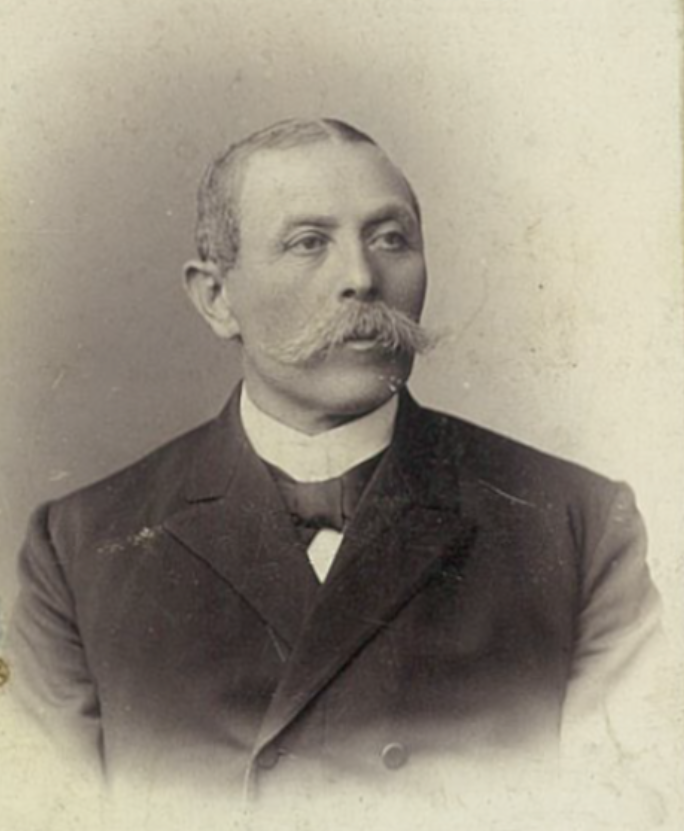 We have come to know about the Schlesinger family through contact with the grandchildren of Karl and Hulda Grünbaum in Australia. They have shared with us photographs and documents that you see on this page; unless otherwise credited, all images comes from the Grünbaum/Meller Collection.

Knowing about Hulda Schlesinger’s family expands our knowledge not only of the Karl & Hulda Grünbaum family in particular but also of the dynamics of Jewish families in southwest Thüringen in general. 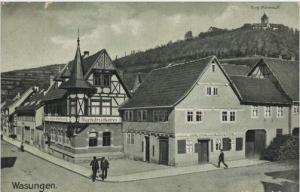 Abraham Schlesinger had deep roots in Thüringen; his grandfather, also named Abraham Schlesinger, had been born in Walldorf in 1778; from where the Schlesinger family lived before that time is not yet known. His parents, Kappel and Hannchen (née Mai) were both residents of Walldorf/Werra.

Fanni Fuchs came from Burgkunstadt in Bavaria, the daughter of Isaac and Hanna (née Müller) Fuchs. 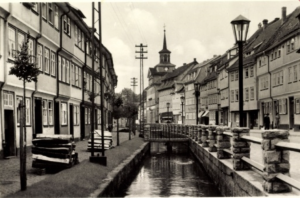 At some point after the birth of Gustav, the family moved to Schmalkalden, about 14 km northeast of Wasungen. Schmalkalden, a city of about 7,500 residents in 1890, of whom 110 were Jewish.

On 3 May 1904, Hulda Schlesinger married Karl Grünbaum of Themar; Karl was the youngest son of Noah Grünbaum and his second wife, Josefine, called Sophine. For over eight years, Karl and Hulda lived and worked in Bahnhofstrasse 150, Themar, in the Warenhaus N. H. Grünbaum founded by Karl’s father, Noah, who had died in 1901. In 1911, their first child, a daughter whom they called Irene, was born in Themar, but she died within a week. In 1912, Karl and Hulda decided to leave Themar and move to Erfurt. Karl sold the business to Markus Rosenberg and the couple left Themar sometime in the spring of 1913. 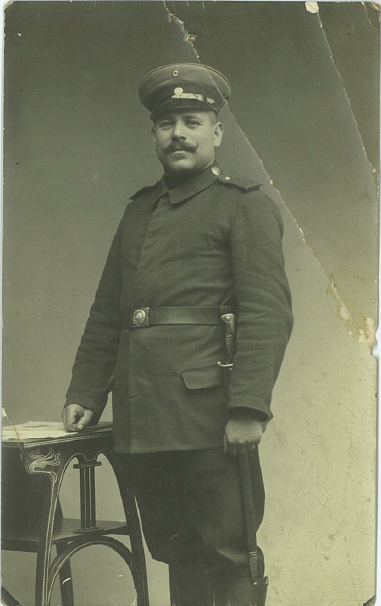 Both Karl Grünbaum and Gustav Schlesinger, Hulda’s younger brother, were members of the German armed forces during WWI although in what capacity is unknown.

Both Grünbaum and Schlesinger families grew: in 1913, Gustav and his wife Frieda (née Sichel) had a boy, Karl, in Schmalkalden; and in February 1916, Ilse Grünbaum was born in Erfurt. Grandmother Fanni Schlesinger would have known Ilse only briefly before she died, age 71, in November 1917; she was buried in the Schmalkalden Jewish Cemetery (see image below).

After the war, Karl owned and operated a painting supplies business in Erfurt. A Julius Schlesinger worked for some time with Karl as the name appears in the 1920 Erfurt Address Book. Whether or not this was a brother of Hulda’s, or possibly a cousin, remains to be clarified. (See note below.)

In 1920 Gustav and Frieda had a daughter, Anni, and in 1921, Karl Schlesinger was born in Erfurt. The postcards addressed to Ilse Grünbaum, which she took with her when she left Germany in 1939 for England and then on to Australia, indicate the close connection between the Grünbaum family in Erfurt and the Schlesinger families in Schmalkalden. One postcard is addressed to Ilse during the summer holidays which she was spending at the home of her aunt and uncle Frieda & Gustav and their two children, Karl and Anni, and she also saw her grandfather, Abraham, who lived in Schmalkalden after Fanni’s death until his death in 1932 when he was buried with his wife in the Schmalkalden Jewish Cemetery. The second card was sent to her by her aunt Frieda and two cousins to her in Erfurt. [For more of Ilse Grünbaum’s postcard collection, please see here.] 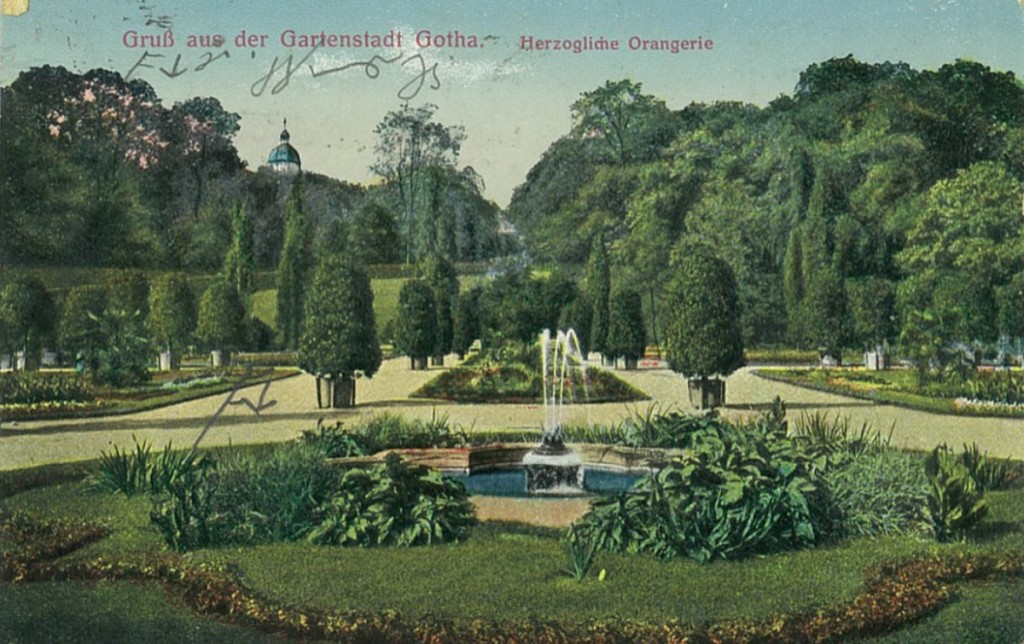 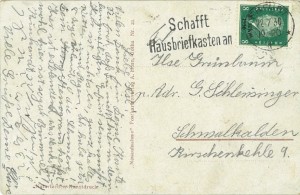 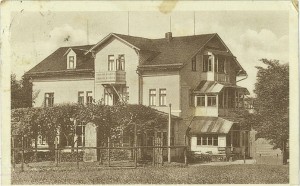 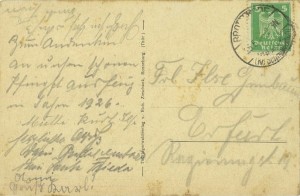 As with all Jewish families in Germany, the Nazi takeover of power in January 1933 led to persecution of the Schlesingers. We do not know when exactly the families of Hulda Grünbaum and Gustav Schlesinger began to plan for emigration but we do know that none had emigrated before the November Pogrom of 1938. All four men in the Gustav Schlesinger and Karl Grünbaum families were arrested in the night of 9/10 November 1938 and taken to Buchenwald. Kurt Grünbaum was released on 7 December 1938; Gustav Schlesinger and his son Karl, however, were not released until 4 January 1939. They were all under enormous pressure to leave Germany as quickly as possible.

Between late November 1938 and the outbreak of World War II in September 1939, some were able to flee. Gustav Schlesinger, his wife and two children were all able to flee: on 15 April 1939, they arrived in Buenos Aires. Ilse and Kurt Grünbaum were also able to leave, both immigrating into England. Ilse, who left Germany in spring 1939, worked as a domestic in London throughout the war; Kurt, however, was rounded up as an ‘enemy alien’ in London on 1 July 1940 and deported to Australia. He remained there for the duration of the war and then chose to live in Australia.

Karl and Hulda Grünbaum were trapped in Germany and, on 19th September 1942, they were deported to Theresienstadt Ghetto. Karl did not survive and died on 29 March 1943. Hulda Grünbaum, however, did survive, saved by an 11th-hour agreement by Jewish organizations to pay Heinrich Himmler for the release of Jews from Theresienstadt Ghetto.  In early February 1945 Hulda and 1200 other Jews arrived in St. Gallen, Switzerland. On 11 November 1945, Hulda wrote to Kurt from the Grand Hotel Brissago, Locarno, where she had been taken to recuperate: “Dear Kurt, I send you the very warmest greetings from beautiful Switzerland. Love, Mutti.”

Sometime in spring 1946, Hulda joined Ilse in London and, on 14 May 1948, the two of them left England to travel to Australia. Hulda Grünbaum died in Australia in 1963. Ilse Meller, née Grünbaum, died in 1981, and her brother, Ken Green, died in 1983. Both Ilse and Ken had married and formed families in Australia and it is thanks to their children that we now know so much about the families of Hulda and Gustav and their parents! 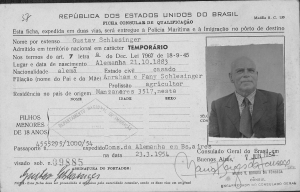 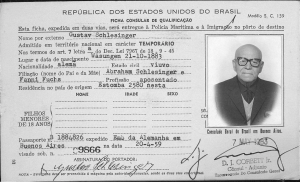 ned some details about the life of Gustav Schlesinger and his family in Argentina. Brazilian immigration records for 1954 and 1963 have provided a few hints: In the 1954 record, Gustav is identified as a farmer and married; in the 1963 record, he is retired and a widower. 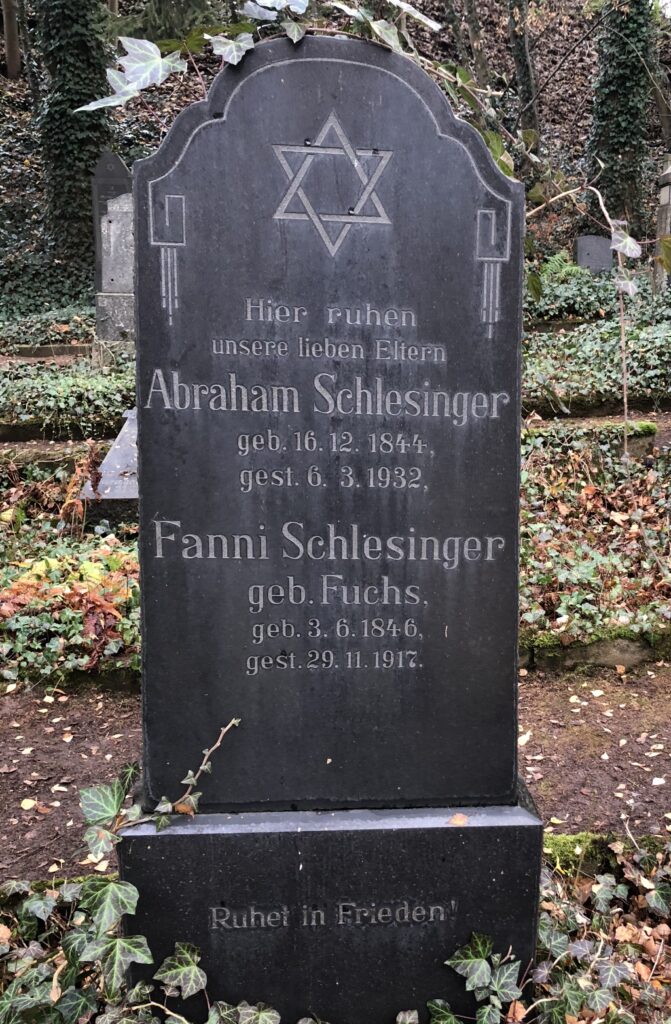 Recent contact between Ilse’s son in Australia with Jewish organizations in Argentina has provided us with new information about Gustav and Frieda and their son Karl. We now know that Karl died in 1964 shortly after his last trip to Brazil.