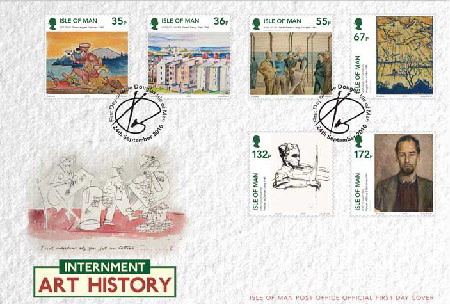 As Britain went to war in September 1939, there were around 80,000 potential ‘enemy aliens’ in the country, that is, Germans and Austrians who might conceivably support Germany as spies. 55,000 of these were refugees from Nazi Germany and most of them were Jewish. After the war started, England established tribunals to classify these residents into three categories: A = high security risk; B = ‘doubtful;’ and C = ‘no security risk.’ Initially, the British government interned 568 persons in category A; those in Categories B (around 6,800 people) and C (around 65,000 people) included most of the 55,000 refugees from Nazi oppression. Those in Category “B” were free, subject to certain restrictions, and those in Category “C” were entirely free. 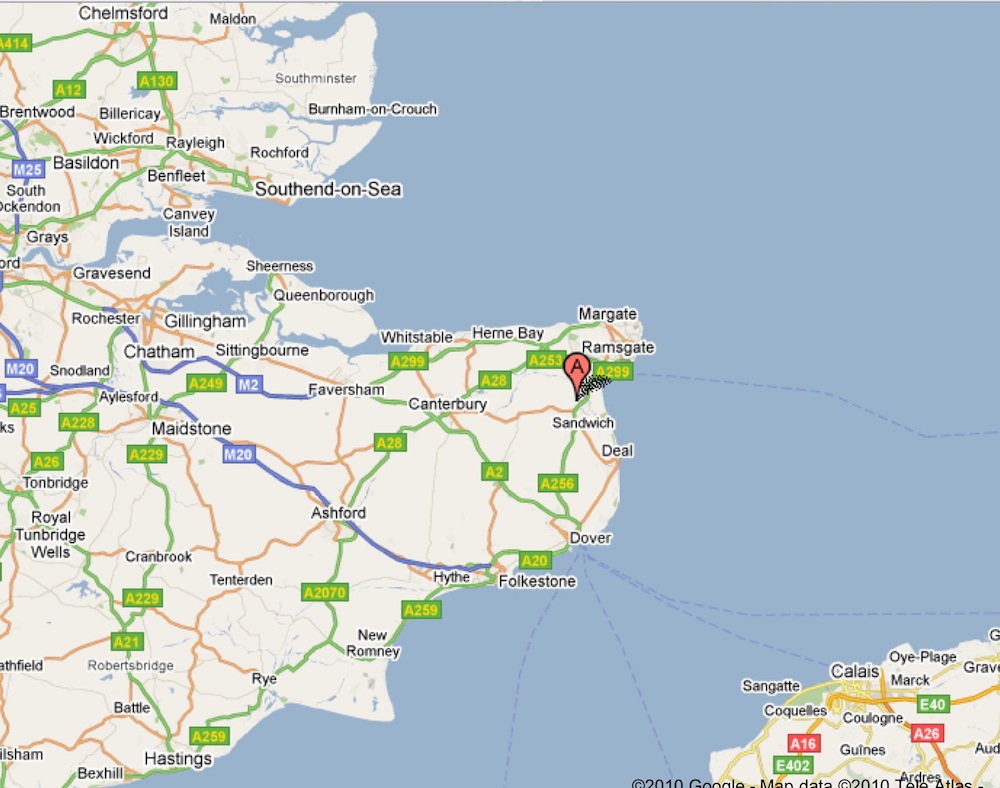 “A” marks Sandwich, the town in which Kitchener Camp was situated

By spring 1940, however, the relentless German march over Europe prompted growing anxiety. The German assault on Holland and Belgium on May 10 1940 coincided with Winston Churchill’s becoming Prime Minister and new policy was immediately implemented. First came the May 12th order to intern temporarily all German and Austrian males over sixteen and under sixty years old who were in the coastal regions of England and Scotland.

Julius Kahn, born 1896 in Themar, was among those first rounded up; on May 12, 1940, Julius was arrested in Kitchener Camp, 2.5 miles from the south coast of England.

A second order on May 16 ordered the internment of all category “B” people — male and female —  throughout the United Kingdom. And then, following the surrender of France to German forces on June 2, 1940, the British government interned most remaining adult males of enemy nationality from ages 16-70. 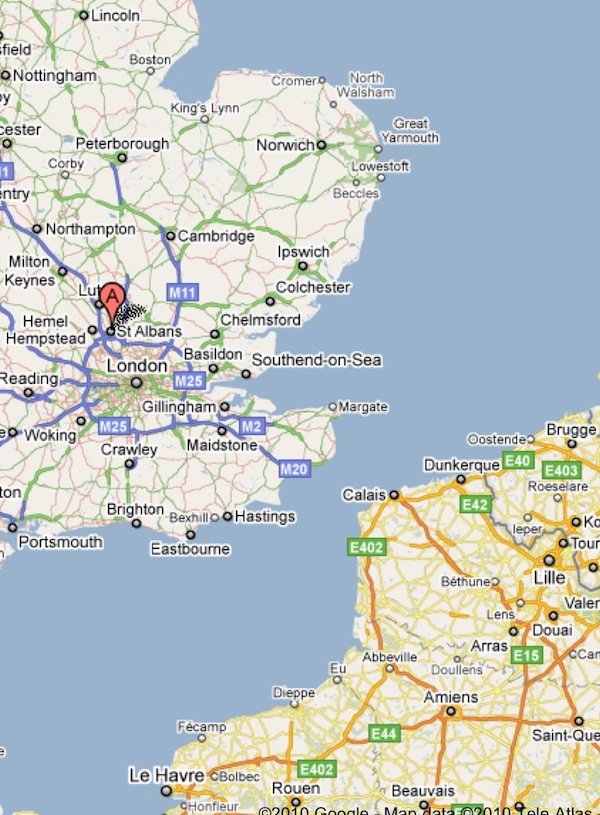 Adalbert Stern, b. 1917 in Themar, was among the last of the refugees to be interned. Like Julius Kahn, he left Germany after Kristallnacht, gaining entry to the UK in early 1939 on condition that he work in agriculture. And so he did — picking Brussel Sprouts near St. Albans. Because of its distance from the coast, Adalbert he was not arrested until July 7, 1940, much later in the process of internment than Julius Kahn.

Approximately 27,000 people were interned: among them were German and Austrian artists, doctors, scientists, open opponents of the Nazi regime and even those who had lived in Britain since they were infants.

Eighty percent of the refugees in England were Jewish  and while they were interned in the numerous various camps throughout the country, the camp at Kitchener, where Julius Kahn was taken, housed mainly Jewish refugees.

Other camps contained anti-Nazi Germans, German communists, baptized Jews and refugees with no religious affiliations. When the sinking of the German merchant ship, Adolf Wehrman, brought an influx of German sailors into the camps, most of whom were Nazis or Nazi sympathizers, tensions escalated: Erwin Frenkel, a Dunera boy interned at Seaton, describes how one ex-concentration camp inmate, Kaminsky, recognized a concentration camp guard and started chasing him “shouting ‘Jetzt werden wir abrechenen mit dir Schweinehund’ (“Now we will get even with this pig”). The soldiers prevented a possible murder and the potential victim was removed to another internment camp. Our repeated appeals and persistent requests to be separated from the Nazis did not succeed.”

The next question was of course what to do with the internees: the answer — ship them to the colonies. So in mid-June, the British Government approached the governments of both Australia and Canada. Asked if Australia could take any of the over 12,000 German males, 2,500 of whom were pro-Nazis, Prime Minister Robert Menzies replied that Australia would take half the internees and all the prisoners of war. Canada too agreed and on June 24, 1940, the first ship, the Duchess of York, headed off to North America with 2,602 internees, followed by the Arandora Star on June 30, with a total number of 1,574 people aboard, 1,213 of whom were internees. Unfortunately, the Arandora Star was torpedoed a few hours out of Liverpool with the loss of hundreds of lives; undeterred, the British government continued with its plan and the Ettrick departed on July 3 with 3,062 internees, followed by the Sobieski on July 7 with 1,828 internees. The next shipments planned were to Australia and the first — and as it turned out the only — ship to depart was HMT Dunera on July 10, 1940.

First of those who were to go on the Dunera were the over 400 survivors of the Arandora Star; they had no choice in the matter. Nor did the 500+ German and Italian prisoners of war. But of the other 1500 men who went, many volunteered to go, deceived by false promises by camp commanders and others. The promises included: with some minimal restrictions, enemy aliens would enjoy considerable personal freedom overseas; they work at their chosen occupation; their families would either accompany them or follow shortly after. As a result of such promises, almost all of the internees from Huyton Camp (near Liverpool) who travelled on the Dunera were volunteers. Elsewhere, numerous married men volunteered. Officers at other camps told the men that they were going to Canada — they even provided a Canadian postal address — and promised easy entry into the United States for those who had been or were close to getting visas from the States. This was a powerful incentive — they would not only make the trip but also save the cost of transport. Finally, most camp commandants told the internees they could take 80lbs of luggage to which they would have access during the voyage — most men therefore arrived to board the HMT Dunera loaded down with their most valuable items. 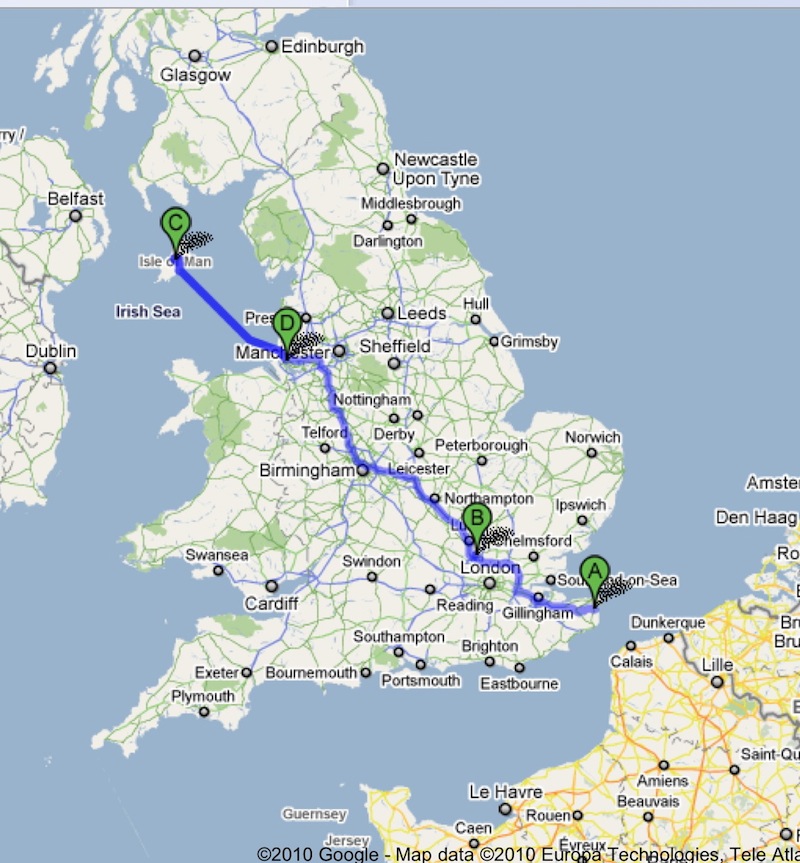 “A” is Kitchener Camp (Julius Kahn), “B” is St. Albans (Adalbert Stern), “C” is Isle of Man, and “D” is Liverpool, port of departure for HMT Dunera.

Early in July, Kitchener camp guards informed the internees that they were being transferred and could only bring the luggage they could carry. Military trucks brought the internees to the Sandwich railway station. There the guards were friendly and calm and helped the weak, sick and elderly carry whatever luggage they had. The internees travelled by night to Liverpool and then onto a steamer but were not told where they were going. The steamer took the internees to the Isle of Man where the British government interned numerous other men prior to their departure on the Dunera. At the Isle of Man the internees realized they would no longer to be treated as civilians but instead as prisoners of war as false rumours spread amongst the guards and public that they were German parachutists.