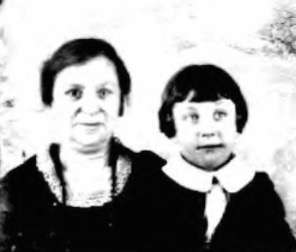 On 3 March 1921, Minnie Marks applied for a passport for herself and her five-year-old grandson Lloyd Marx to travel to Germany. Her purpose? To visit her three brothers — Julius, Albert, and Leopold — and Lloyd’s paternal grandmother, Helene Marx. 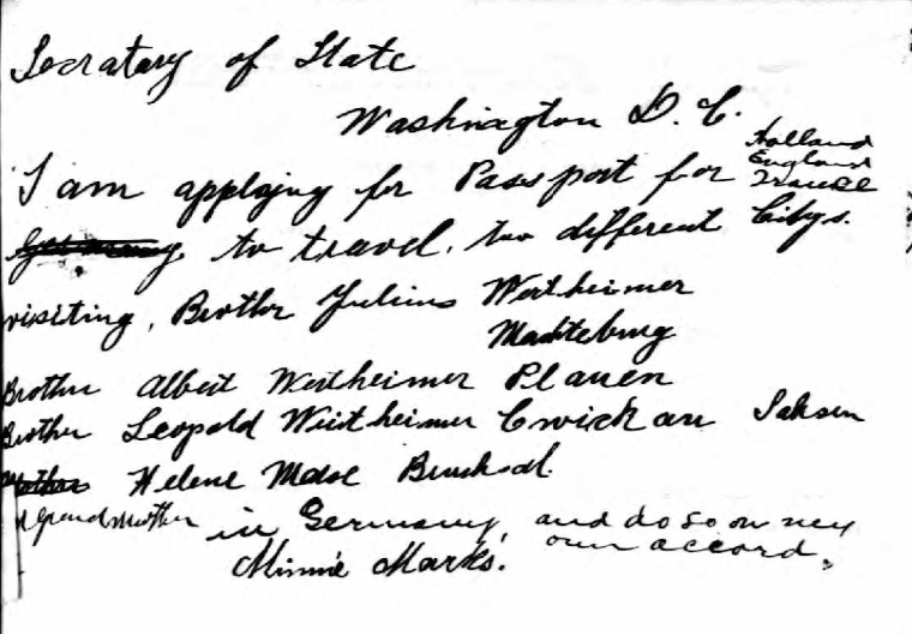 Little did Minnie know that, close to a hundred years later, this note would go a long way to defining the family of Mendel and Sarah (née Gutmann), one of the founding families of the Themar Jewish community. Not only that, but knowledge of this family would contribute much to the larger portrait of Jewish-German families in Thüringen in the late 19th/early 20th centuries.

We already knew something about Minnie, or Minna, as she was known in Germany. Katharina Witter’s compilation of emigrants from Sachsen-Meiningen had included Minna, Albert, and Leopold Wertheimer as emigrants from Themar in the early 1880s.  Siegfried Wolf’s Juden in Thüringen: Biographischen Daten 1933-1945, told us that the parents of Leopold Wertheimer, b. 1866, were Mendel Wertheimer and ? Gutmann but made no reference to his siblings. In Juden in Chemnitz, Jürgen Nitsche and Ruth Röcher provided enough detail about three Wertheimers from the kinderreichen/child-rich Wertheimer family of Marisfeld to suggest that Leopold, b. 1866, was the twin of Albert and brother to Adolf/Abraham,

So off we went roaming through the databases and literature to see if we could link the various pieces together. We’ve made progress — we now have evidence to relate Mendel and Sarah Wertheimer (née Gutmann) to five children and their families. We hope that this report may prompt other readers to provide more information.

Minna Wertheimer was the eldest daughter of Mendel & Sarah (née Gutmann) Wertheimer. She was born in Marisfeld in 1862, three years after Abraham, the eldest living child. Mendel and Sarah had at least three more children by the mid-1860s: Julius, b. 1864 and twins Albert and Leopold, b. May 1866. The Wertheimers probably moved to Themar as a strategy to provide the family with greater economic opportunities. As well, their move coincided with that of other Jewish families who moved from Marisfeld in the wake of the disastrous fire in the village.

The whole family lived together in Themar through the 1870s. But, starting in the mid-1870s, — possibly just after Mendel’s death in 1873 — the children started to leave home, either for other, larger, centres within Germany, or for the United States.

In 1880, age 18, Minna was the first to leave Germany altogether; sixteen-year-old twins Albert and Leopold followed her in 1882, When Sarah died in 1885, her children were all living elsewhere: two — Abraham and Julius — in Magdeburg and three — Minna, Albert and Leopold — in New York City.

The “strategies of migration” of the Wertheimer family were, in many aspects, similar to those of other Jewish families of Themar such as the Gassenheimer family — and of German-Jewish rural families generally. That is, families moved from smaller to larger centres to find socio-economic opportunity. But the Wertheimer experience demonstrates several significant characteristics: first, it would seem that none of the sons considered remaining in Themar as was the case with the Gassenheimer family. Abraham and Julius both moved to the city of Magdeburg sometime in the late 1870s/early 1880s. Second, it was 17-year-old daughter, Minna, not the oldest sons, who left Germany first. She was followed by her two younger brothers, 16-year-old twins Albert and Leopold, in September 1882.

But it is the choice of both Albert and Leopold Wertheimer to return to Germany that most intrigues. Although both men became American citizens in October 1887, they left New York shortly thereafter.

As of the late 1880s, the four Wertheimer brothers had established successful women’s clothing shops in several centres in Saxony: Julius remained in Magdeburg while Adolf,  according to Nitsche and Röcher, moved to Chemnitz in 1888. Albert, who had joined Adolf in Chemnitz in June 1888, left Chemnitz for Plauen shortly thereafter; Leopold remained in Chemnitz until 1906 but them moved to Zwickau to set up his own business.

Minna remained in Brooklyn, New York for the rest of her life. In 1886, she married Lewis Marks and, by 1901, they had a family of five children (two died in infancy). Lewis Marks died in 1908; several sons were drafted into the American army in World War I; and eldest daughter, Beatrice, died in 1916, leaving husband Gustave Marx to care for their infant son Lloyd, born July 1915.

When Minnie visited Germany, only three of her four brothers were alive: Abraham had died in Chemnitz in 1912. Her siblings were all engaged in the same type of business in three centers: Albert in Plauen, Leopold in Zwickau, and Julius in Magdeburg. All were married with children.

At time of update to this post (February 2019), we do not know exactly when Minnie Marx, née Wertheimer, died. She disappears from the American Census Rolls after the 1925 New York State census and we cannot find her in the 1930 or 1940 Federal Census. There is a certificate of death for a Minnie Marx for January 1933, but it does not tie her to family members to confirm that it is ‘our’ Minnie. In the absence of other data, however, we are cautiously assuming that Minnie died in the 1930s.

Contact with Germany remained and In the 1930s, when some of the children  of Minnie’s siblings sought refuge from the Nazi Regime, Minnie’s family was able to assist: in 1937, for example, daughter Bessie, b. 1892 in New York City, was able to assist her younger cousin, Edgar Wertheimer, to enter the United States.

Minnie and Lloyd left on their adventure on the Noordam on 11 June 1921 and returned on 10 September. We hope they had a wonderful time. We’re glad they went. 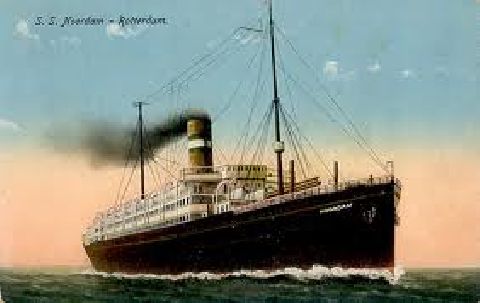 Please see here for the Nachkommenliste/Descendants List for the family, also the sources on which the text is based.