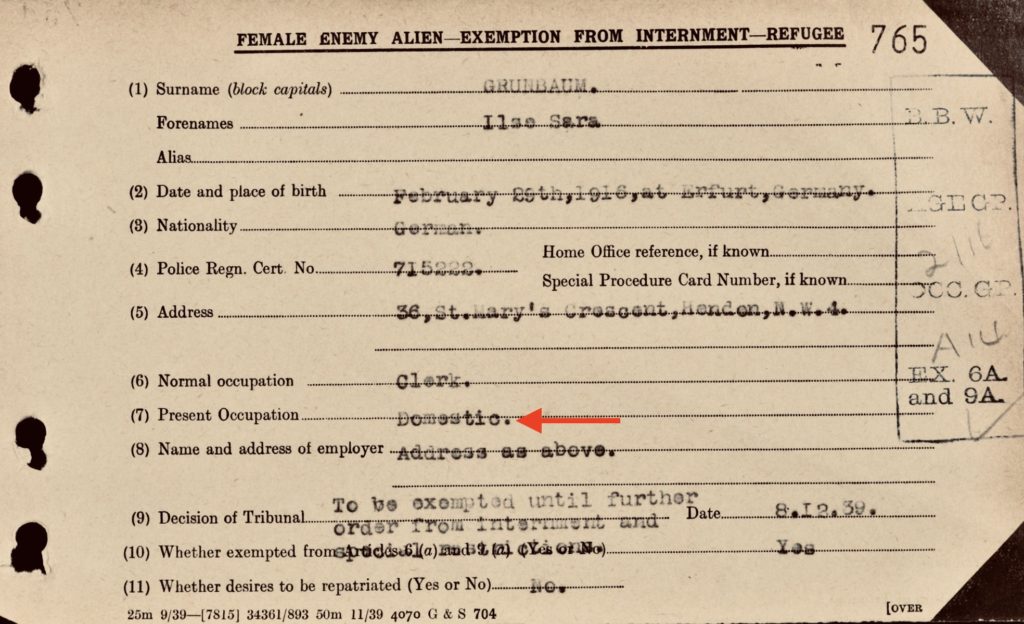 Between 1938 and 1939 Britain issued between 15,000 and 20 000 “domestic service permits” to women under 45 years of age (as well as to a small number of men) fleeing Germany, Austria and Czechoslovakia; the majority of them were Jewish. This constituted approximately one third of the total number of Jewish refugees admitted to Britain before the war. Jewish and anti-Nazi refugees were increasingly desperate to escape Nazi violence and oppression. After Hitler’s annexation of Austria, the “Night of Broken Glass” and the occupation of the Sudetenland, new pressure was exerted both inside and outside Britain to open its borders to those in dire need.

Bloomsbury House, the centre for almost a dozen refugee organizations, placed domestic service visa recipients in hotels and in Jewish and non-Jewish homes. The women did domestic labour such as child care, cleaning and cooking. Although there was widespread unemployment in the UK, by 1938 there was a shortage of domestic labour to do this kind of work and so the program was developed to fill the demand for domestic service in the middle and upper classes. Many of the Jewish women with visas came from middle and upper class families themselves and found the work hard and circumstances trying as educated professionals and/or belonging to families which employed servants, cooks etc.

Women with domestic service visas feared for family they left behind in the Reich as it was next to impossible for them to find refuge with the strict limits on immigration throughout the world. After the war broke out on 3 September 1939, 8000 refugee domestics were fired from their positions and temporarily interned as enemy aliens, due to increased suspicion of German-speaking refugees.

At present, we know of seven (7) women who were able to obtain transit permits to enter Britain as domestic help.

Gertrud Lotte Gassenheimer, b. 9 January 1917 in Erfurt, was the youngest of three daughters of Josef and Sidonie (née Fuld) Gassenheimer. Her father was taken into so-called “protective custody” in the Reichspogromnacht of 9/10 November 1938 and taken to Buchenwald Concentration Camp. There he was murdered on 29 November 1938. Gertrud Lotte’s two older sisters escaped Germany; Hilde, b. 1911 went to South Africa while Erna went to France. 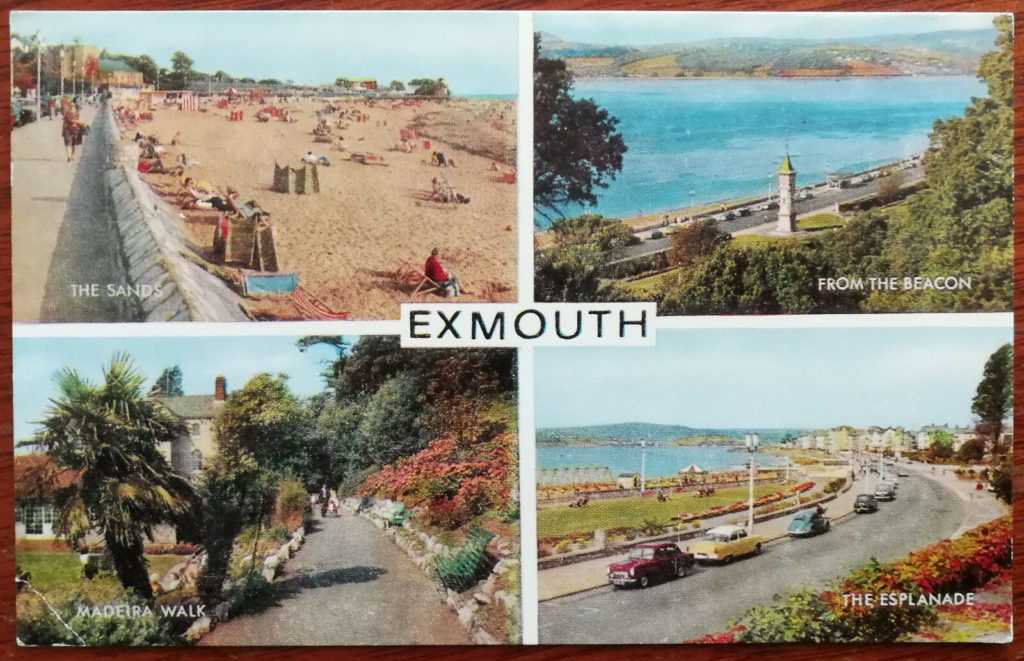 Gertrud Lotte left Germany in late 1938 (her name on the Enemy Alien Tribunal index card does not include the additional given name ‘Sara’ which those arriving in 1939 all have.) She went to work for Mrs. Bell at the Cranford Hotel in Exmouth. Devon’s oldest seaside resort, Exmouth has a two mile long golden. On 11 November 1939, the Enemy Aliens Tribunal declared her to “exempt from Internment until further notice,” and noted on the reverse side of her card “Jewish refugee.”

Gertrud Gassenheimer remained in England for the rest of her life: in 1951, in London, she married Klaus Lachmann, b. 12 January 1922 in Breslau. Klaus had been a language teacher in pre-war Germany; in England, he became a trainee at Messrs Hobson & Co. in London. Initially, he was declared exempt from internment, but in the June 1940 round up of Germans, he was interned for at least three or four months.
Sometime after their marriage, the Lachmanns changed their surname to Lawrence. Gertrud Lawrence, née Gassenheimer, died in May 1995 in London, England.

Gertrud’s mother, Toni Gassenheimer, née Fuld, was not able to escape Germany although her daughter Erna tried to bring her to South Africa to join her. On 10 May 1942, Toni was deported to Belzyce Ghetto

Ilse Grünbaum, b. 29 Feb 1916 in Erfurt, Thüringen, was the daughter of Karl and Hulda (née Schlesinger) Grünbaum. Both Ilse’s father and her younger brother, Kurt, born February 1921, were taken into so-called “protective custody” in the Reichspogromnacht of 9/10 November 1938 and taken to Buchenwald Concentration Camp. Kurt was released on 7 December 1938 but Karl Grünbaum, their father, was not released until 8 December 1938.

Both Ilse and Kurt escaped from Germany in early 1939 — Ilse left Germany on 4 March 1939; Kurt followed shortly thereafter. (He is not in the May 1939 German Minority Census.) They both initially lived in northern London; Ilse was in domestic service in a private household at 36 St. Mary’s Crescent while Kurt was at 35 Finsbury Road,

Among the few precious items that Ilse carried with her to England was her postcard album, filled with postcards mailed to her by her father and other relatives from places, large and small, throughout the eastern states. The entire album can be seen here, contributed by Ilse’s son.

Friedel Hertz was the daughter of Moses Hofmann, born in Themar and his wife Jetty Moses,
The death of her husband, Siegfried Hertz, in l927 left Friedel a widow with two young daughters, 7-year-old Marga, and 6-year-old Ruth. She continued to run a general store with the help of her daughters until 1937 when she was forced to sell the business.

The three women then tried to emigrate; after many setbacks, they achieved their goal: on 6 March 1939, Marga obtained a “Household Permit” to enter England; Ruth followed shortly after; and after many difficulties, such as losing her luggage to the Gestapo, Friedel received a “domestic permits” to enter Britain on 1 June 1939. 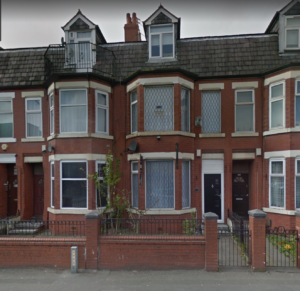 The three women found employment in three different households in Manchester, England. The image at left illustrates the streetscape of the addresses where they worked..

In early November 1939, the three all met with the Enemy Alien Tribunals and were declared “exempt from internment.”

The three women remained in Britain for the rest of their lives. Marga and Ruth both married; on 7 September 1941, Ruth married Julius Ash, b. 1917 in Manchester; 3 years later, on 28 September 1944, Marga married Joseph Palastrand, born in the early 1900s

Irma ROSENBERG, b. 15 February 1911 in Themar, was the second child and first daughter of Markus and Else (née Kahn) Rosenberg. Her father was taken into so-called “protective custody” in the Reichspogromnacht of 9/10 November 1938 and taken to Buchenwald Concentration Camp. Her parents were deported from Themar on 19/20 September 1942 to Theresienstadt Ghetto. Her father, Markus, died there on  Irma’s brother, Julius, b. 1910, was captured by the Nazis in 1943 and deported immediately to Auschwitz-Birkenau where he was murdered. Irms’s younger sister, Elly, b. 1913, was able to escape to the United States. She married Bernard EISEMANN, and they lived their lives in.