The Jewish Lehrer/Teachers in Themar 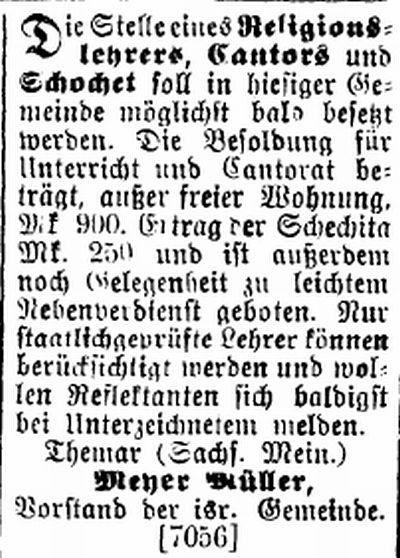 The Jewish community of Themar employed the services of a Lehrer or Teacher to attend to the religious needs of the community. The advertisement of 19 October 1899 defined the requirements and remuneration: he (always a ‘he’) was to lead the community in prayer as well as be the Kantor, provide religious instruction to the children, and perform the ritual slaughter. In return, he would receive free room and 1150 Mk and would have “the opportunity to earn additional money.”

“Only state certified applicants would be considered.” The law of Sachsen-Meiningen required this. Probably most of the early Lehrer received their education & training at the Lehrerseminar/Teachers’ College in Hildburghausen. The College had existed since 1795 and trained both Jewish and non-Jewish school teachers; the Jewish students took courses in Jewish subjects, including Hebrew. Distinguished Jewish scholars taught at the college including Salomon Steinhart and Julius Rosenthal. Israel Schwierz includes this photograph of the former seminary, which is now a high school. The two Lehrer of the 20th century — Hugo Friedmann and Moritz Levinstein — trained in other colleges. 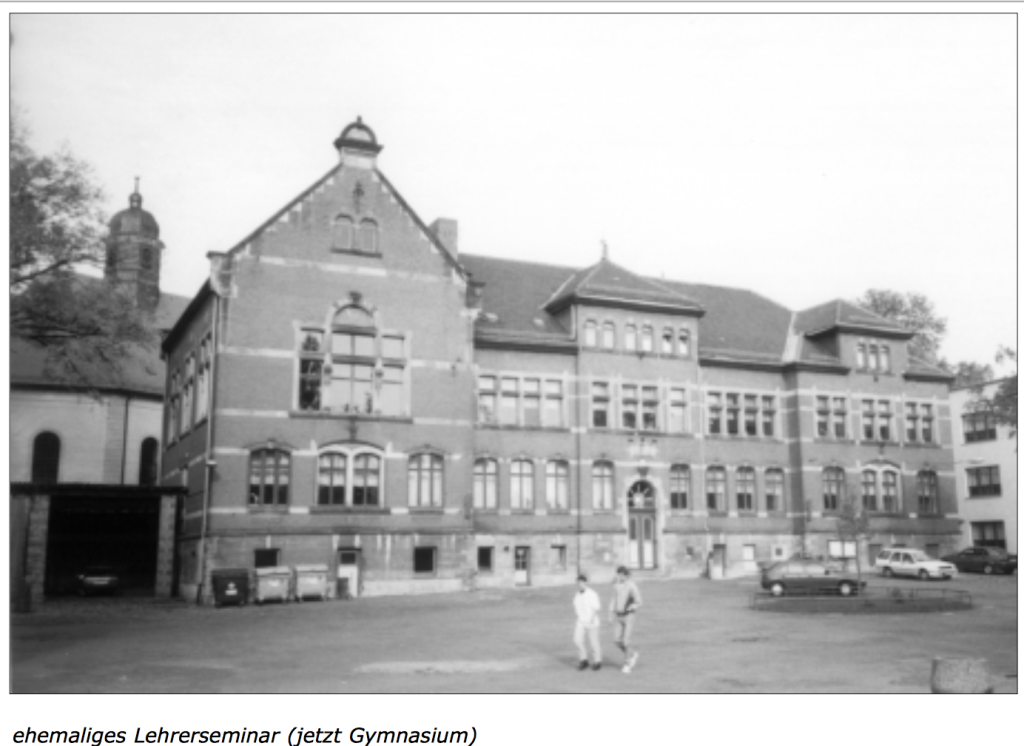 The appointments varied in length: sometimes the Jewish community stipulated a time for the appointment; other times, the men applied for other appointments and moved on; in 1900, Jacob Emanuel, the incumbent Lehrer, had to report for military duty and the Jewish Council advertised for a replacement. Hugo Friedmann was Lehrer for 9 years between 1900 and 1909, and Moritz Levinstein remained Lehrer from the date of his appointment in 1910 until his death in 1938.

The Lehrer lived with his family in the synagogue at Hildburghäuser Strasse 17 in an apartment above the Jewish school and prayer room. The building had been bought in 1870 by Abraham Walther and then transferred to the Jewish community when it was formally established in 1877. The photograph below was taken in the late 1800s/early 1900s but we do not know exactly which Lehrer that might be in the window at the left. 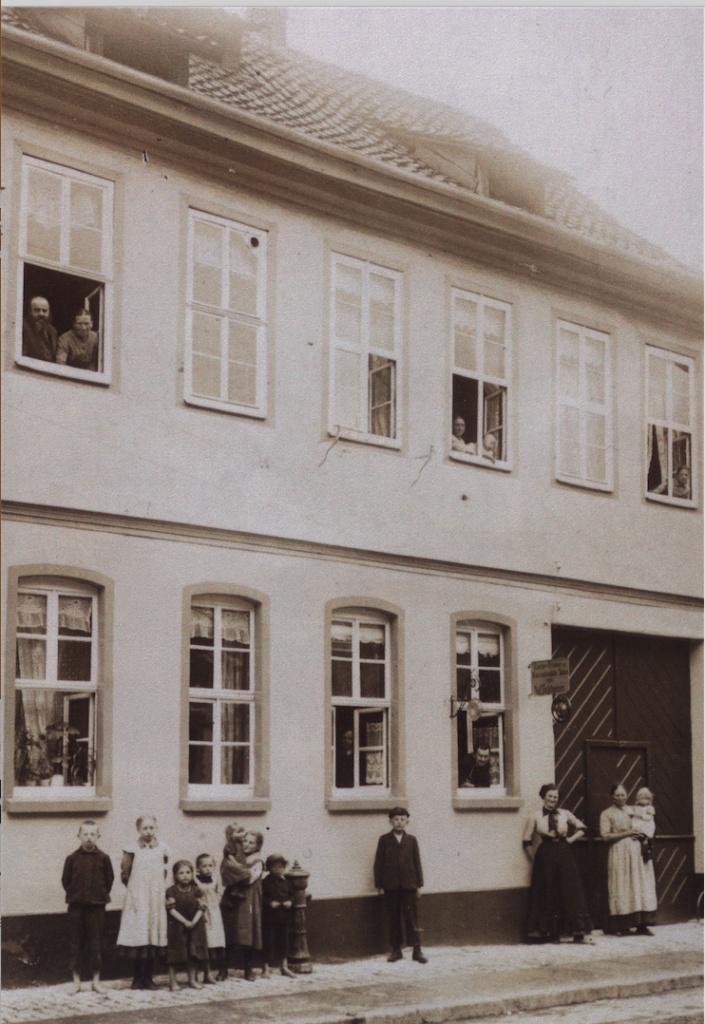 We now know quite a bit about several of the Lehrer, their family backgrounds, and their lives in Themar and elsewhere. While in Themar, the Lehrer and his family were an integral part of the Jewish community and thus play an important role in our portrait of the Themar community.