The Nussbaum Family of Hersfeld/HE 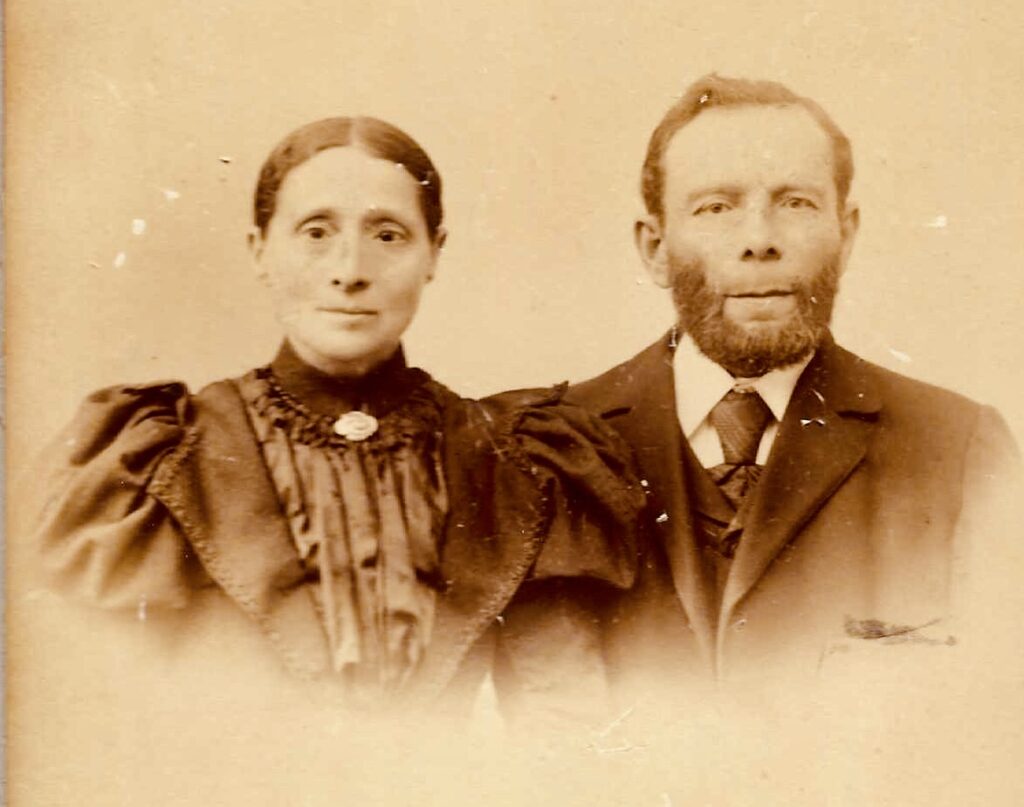 The Nussbaum family of Hersfeld in Hesse is connected to the Jewish community of Themar through Clara Müller, née Nussbaum, wife of Max Müller II, and mother of Herbert, Meinhold, and Willi. Our focus here is more on Clara’s mother, Bertha Stern, as Clara’s father died in 1919, before the Müller family moved to Themar.

Bertha Stern was born in 1850 in Beiseförth, a village in Hesse with about 730 residents, of whom about 10% were Jewish. She was the second of five children of Feist/Uri and Klara (née Katz) Stern. In 1879, she married Meier Nussbaum, b. 1838 in Erdmannrode, another Hessen village. Meier and Bertha set up house in Hersfeld, where they formed a family of six children, only one of whom, their 5th child, was female, Clara, b. 1890.

Bertha knew great personal loss: as a young child age 5, she lost her younger sister Jachet. Her older brother Samuel died in 1869, when Bertha was 19, her parents shortly after her marriage. David, a younger brother, died in 1885, and sister Hannchen died in 1911.

In the first decades of the 20th century, death severely struck the family she created: World War I killed her eldest son Sally in 1916; in 1919, her husband, Meier, died after 40 years of marriage; and another son, Willi, died before 1920.

As the 1920s opened, 70-year-old Bertha lived in Hersfeld; her three remaining children lived in other places: Leo lived in Hannover, Clara in Themar, and Felix in Rhina. All three had married and were forming families. Clara had left Hersfeld in November 1912 to marry Max Müller II of Marisfeld/Thüringen. In 1929, Max and Clara, and their three sons — Herbert, Meinhold, and Willi — moved to the Kleinstadt of Themar and became quickly integrated into the Jewish community of Themar.

Throughout the years, the Müllers remained in close contact with the Nussbaum relatives. Two daughters-in-law of Bertha Nussbaum, née Stern, continued to live in Hersfeld raising their families: the widow of Sally Nussbaum, another Bertha (born an Oppenheim), and her three sons, Siegfried, Max and Fritz. As well, the widow of Moritz Nussbaum, Else, and her three daughters — Sitta, Carola, and Käthe — lived in Hersfeld. Else was particularly close to the Müllers in Marisfeld/Themar as she was the sister of Max Müller, and Max and Clara had met at her wedding.

With the events of Kristallnacht/Reichspogromnacht, the circumstances changed dramatically. In late October/early November 1938, Bertha Nussbaum (née Stern) moved to Themar to live with her daughter, Clara and Max. She was with Clara through the events of Kristallnacht/Reichspogromnacht when Clara’s husband, Max, and son, Herbert, were arrested and hauled off to Buchenwald.

The search for refuge in other countries accelerated: Clara and Max Müller immediately contacted relatives in the States to assist them in obtaining visas to enter the United States. The relatives, members of the Schwed family, also supported Max’s sister, Else Nussbaum (née Müller). In March 1939, when it was clear that Bertha’s children — daughter-in-law Else, son Leo, and daughter Clara — were planning to leave Germany as soon as possible, Bertha moved into an old people’s home at Ellernstrasse 16 in Hannover

In the three years following Kristallnacht, fourteen (14) members of Bertha (née Stern) Nussbaum’s family were able to leave Germany. Only one, 14-year-old Manfred Nussbaum, entered England, probably one of the “Kindertransport” children. Four immigrated into Australia: Leo Nussbaum, his wife Mally and their two daughters, Marga and Jutta; one, Leo’s and Mally’s son Herbert Nussbaum immigrated into South Africa. On 2 March 1939, Siegfried Nussbaum, who received his American visa before his wife, left Germany alone, sailing from Hamburg to New York City, arriving on 14 March 1939.

Herbert and Flora Müller and Else Nussbaum (née Muller) were the last members of the family of Bertha Nussbaum (née Stern) to escape from Germany. In fall 1941, ten (10) members of Bertha’s family — including Bertha herself — were trapped in Europe. It is not known when Bertha died but the evidence (or lack thereof) suggests that she died in Hannover before the deportations of German Jews to ‘the east’ began in October 1941.

From November 1938 until May 1942, when Clara and Max were deported from Themar to Belzyce Ghetto in Occupied Poland, they regularly sent letters to their sons — Meinhold in Sweden and Willi in Palestine. The letters provide significant details about the lives of other members of the Nussbaum family. The letters can be found here.

Below is the Descendants List of Bertha (née Stern) and Meier Nussbaum. Profiles of each individual with identification of sources are on the geni.com database; one finds there as well the family context of the people who married into the Nussbaum family.