Finding the traces — one google at a time!

Ever vigilant to discover any new traces about Themarens, a recent google search for “Meta Krakauer” brought lots of news! 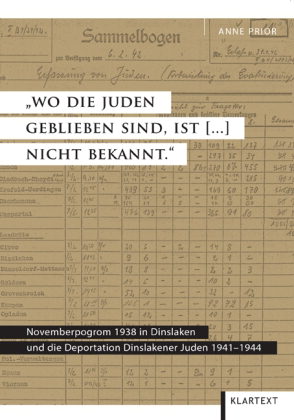 Six months ago, Anne Prior of Dinslaken published a book about the Jewish community of Dinslaken, „Wo die Juden geblieben sind, ist […] nicht bekannt.” It received excellent reviews and quite a bit of publicity, and the google entry pictured above highlighted Meta Krakauer. The book itself provides much welcome information.

We already knew a lot about Meta Krakauer. Born 1866 in Marisfeld, she was a member of the very large Frankenberg family that moved from Marisfeld to Themar in the late 1860s/early 1870s. Meta lived most of her life, therefore, in Themar, leaving it only in September 1942, age 74, when she was deported to Theresienstadt. We also knew that Meta had survived the Holocaust, in Theresienstadt and that she was the only Jew deported from Themar to survive. We also knew that Meta had gone to Dinslaken after the war because, in 1946, she wrote a two-page letter to Gertrud Stubenrauch in Themar. But after that, we knew nothing.

But now we know why Meta went to Dinslaken: her niece, Doris Lorenzen (geb. Frankenberg), who was also deported to Theresienstadt and was also in the Ghetto upon liberation, took Meta home with her to Dinslaken. There was no reason for Meta to return to Themar and thus she remained in Dinslaken. She died ten years later on July 10, 1955, and was buried in the Dinslaken Jewish Cemetery, “the only survivor,” Prior tells us, “of a National Socialist ghetto to be buried there.” 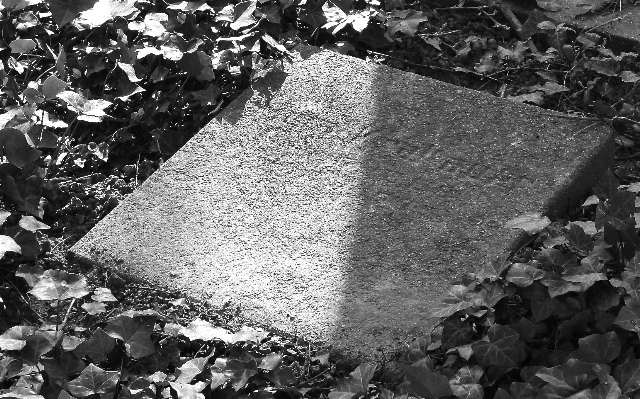 This information brings closure to Meta’s story, but Prior’s research also provides detail about Doris Lorenzen (geb. Frankenberg), about whom we knew little. We knew that Doris had been born in Themar in 1898 because she submitted the “Addition of Sara” form to the city administration in December 1938. The form told us that she had married in 1926 in Krefeld and lived in Dinslaken-Lohberg. But after that, silence. Her name did not appear in any of the databases, such as Ancestry.com, the Deutsches Archiv, Gedenkbuch, or Yad Vashem, so we did not know what had happened to her: the possibilities were many: perhaps she had emigrated to Israel, South Africa or someplace not yet included in the Ancestry.com databases, or she had died before the Holocaust, or perhaps she had survived. We had questions: Whose daughter was she? Whose sibling? Who was her husband? Did she have any children? What happened to her?

Now we have answers: Doris Frankenberg Lorenzen did survive the Holocaust. Her husband, Karl Lorenzen, was not Jewish, and Doris’s status within a so-called ‘mixed marriage’ protected her into 1944. But in September 1944, that protection ceased, and Prior believes that Doris was probably arrested and imprisoned in a large camp in Kassel-Bettenhausen from fall 1944 until early spring 1945. On February 14, 1945 —  just 11 weeks before the liberation — Doris, age 46, and three other women of Dinslaken in similar marriages were deported to Theresienstadt. In the ghetto, Doris found her 77-year old aunt, Meta Krakauer, the youngest sister of Doris’s father, Nathan, b. 1853. After liberation, Doris brought Meta back to Dinslaken with her.

We now know as well where Doris fits in the Frankberg family map. She was the youngest of five daughters of Nathan and Bertha Rosenthal Frankenberg. (Her father, Nathan, was the eldest son of Löb and Jette Hermann Frankenberg. Nathan was 13 years older than his youngest sister, Meta, and died in 1920.) Doris’s mother, Bertha, died in May 1942 in Essen where she had presumably gone to live with her daughter, Martha, and her family; it appears that Bertha died of natural causes. With the exception of one sister, Hilde Frankenberg Sander, who died of natural causes in 1938, Doris lost her other three sisters — Martha Frankenberg Katz, Lucie Frankenberg Heinemann, and Ida Frankenberg Katz — to the Holocaust. She converted to Catholicism and was buried in the Catholic cemetery upon her death in early January 1970. 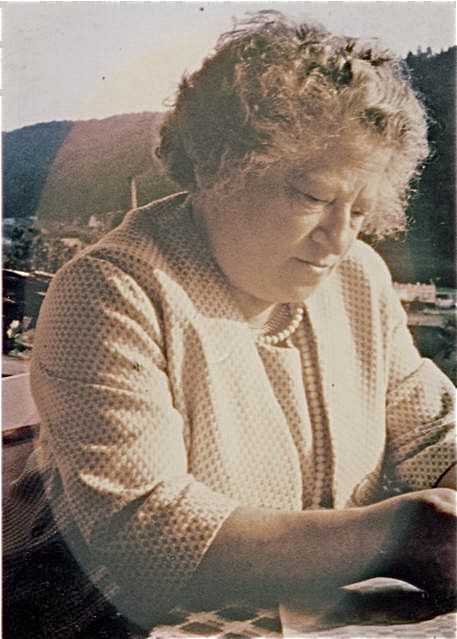 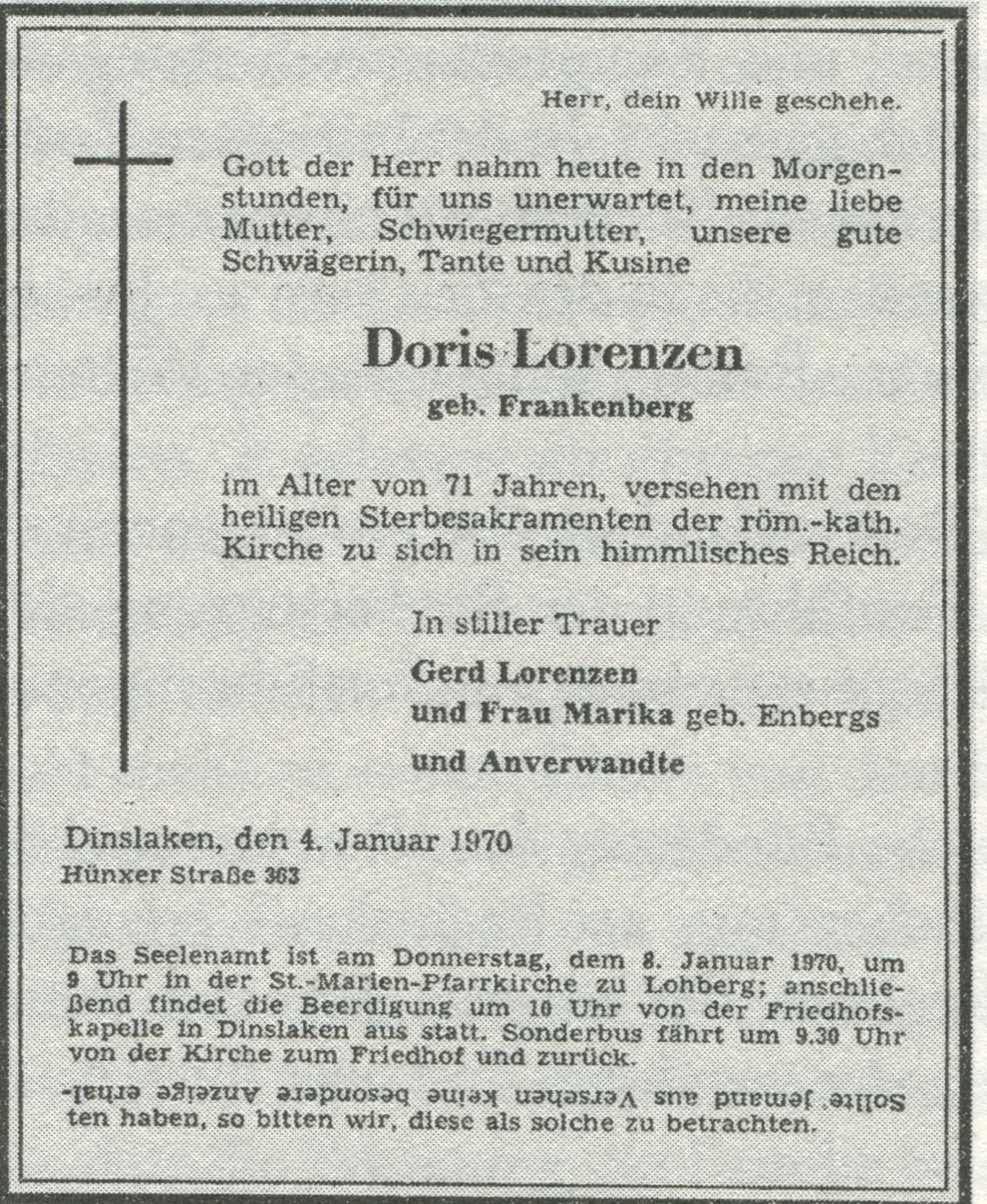 Death Notice for Doris Lorenzen with announcement of burial at Roman-Catholic church. Source: A. Prior, p. 117

Thank you, Anne Prior!