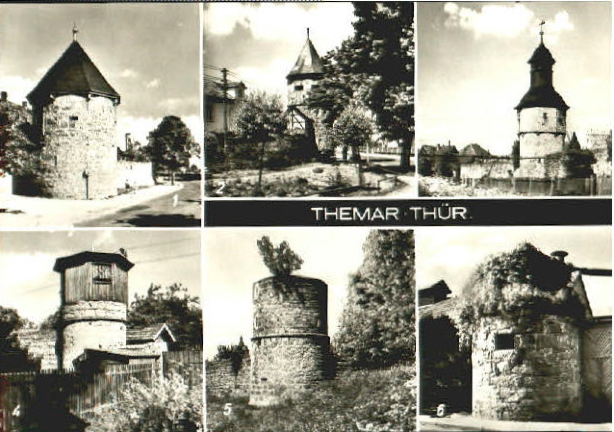 One of the great ironies is that a relative of one of the Jewish Themarens to survive the camps was among the city’s liberators. This was Ludwig Muhlfelder, the great-nephew of Meta Krakauer. Ludwig’s father, Julius Mühlfelder, had been born in Themar in 1891, and the Mühlfelders were part of the large Frankenberg family. Meta Krakauer, who survived Theresienstadt Ghetto, went to Dinslaken after the war, where her niece, Doris Lorenzen, née Frankenberg, lived. She wrote to former friend, Gertrud Stubenrauch, in Themar but she never returned to the town. Of those who emigrated to the States, England, or Israel, some may have visited but most had no desire to return, or did not wish to return as Themar was under Communist rule, or did not have the money and/or the health.

But there were still some links to the Jewish community, even if well below the radar. The children of Erna and Wilhelm Haass were living near Themar at the end of the war and both Johanna and Gunther lived for the rest of their lives in the area. Some maintained contact with the city without returning in person — perhaps the most notable example is the correspondence between Manfred Rosengarten and a group of his non-Jewish friends whom he had last seen in 1936. This correspondence started in 1983 and lasted until Manfred’s death in 1987. Manfred, who spent his post-war years in Martinez, California waited eagerly for news of Themar: “All these years,” he wrote, “I’ve had such an intense homesickness for Themar and I do not know how many times I have thought of the place.” At the end of his life, he wrote: “It’s maybe a bit silly to be so preoccupied with the past but it does my soul good and somehow I have a sense it that it is doing us all good.”