We moved to Meiningen [28 km northwest of Themar, also in Thüringen] in 1936 because Themar became impossible and my father had a job as a packer with Heiman and Mai, a shoe wholesale company in Meiningen. The photographs 106-109 are pictures were taken in Meiningen at Kasernenstrasse #10, where we lived, c. 1937.

[Editor’s note: Kasernenstrasse 10, Meiningen, served as the home base for the Rosengartens until their departure from Germany in May 1939. Berta Rosengarten is the only one who was actually in Meiningen for all of that time, as the Rosengarten men  moved among various Jewish training camps in northeastern Germany; Manfred was not imprisoned in Buchenwald in the November 9/10 Kristallnacht pogrom.] 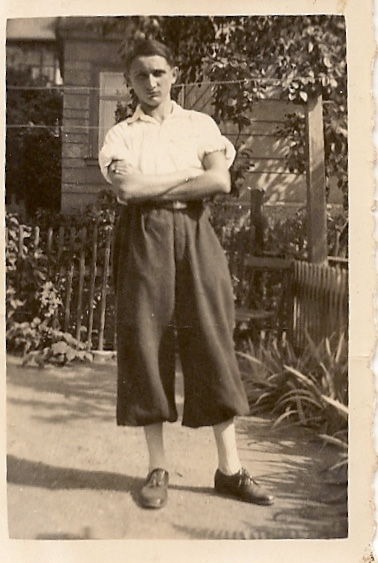 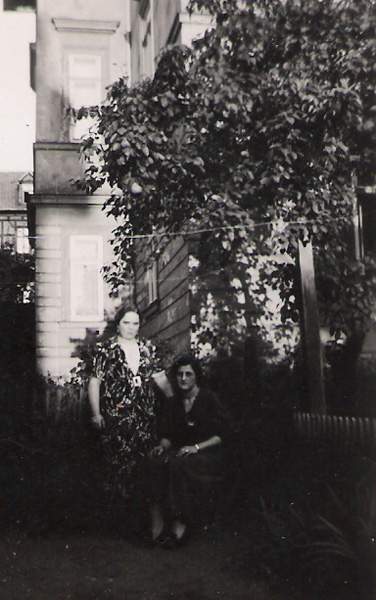 I don’t remember the names of the 2 girls. The girl on the left went as a little girl into a classroom where Julius Streicher of Der Stürmer fame taught. He was dismissed for molesting little girls. 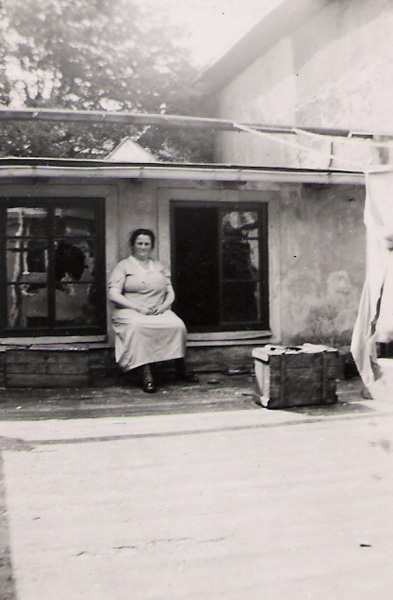 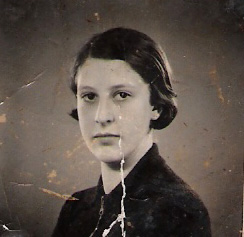 [Editor’s Note: Ellen left Germany and emigrated to the United States with her parents, Eugen and Charlotte, and her brother, Hans, and sister, Ursula.
They arrived in New York from Genoa, Italy on May 9, 1940.] 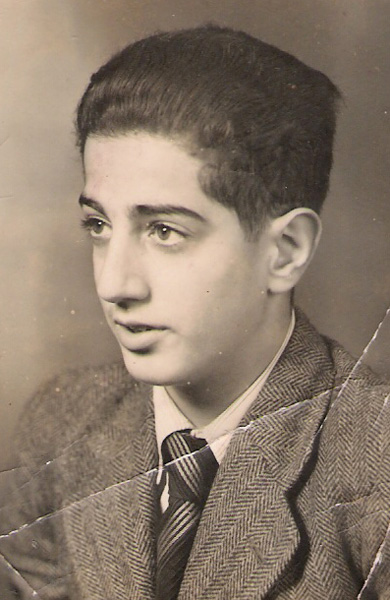 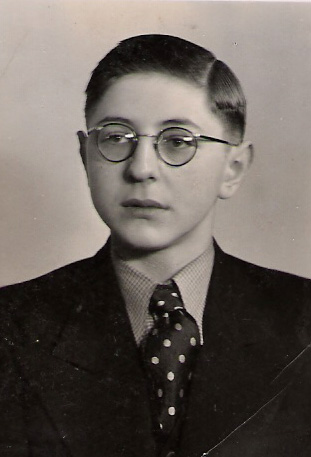 The next three pictures were taken in the yard of the Synagogue in Meiningen, Thüringen, about 1935/36. This was something like a summer camp, but not quite. I am in the first on the left and  Horst Gelfant [or Gelfand] from Erfurt is 8th from the right.

[Editor’s note: Max Horst Gelfand, b. 21.05.1922 in Erfurt, was the son of Marta Wolff Gelfand and Markus Gelfand, and the brother of Hans Joachim Gelfand. Juden in Thüringen: Biographischen Daten tells us that Hans Gelfand emigrated to Palestine but has no further  info about Horst or their parents.] 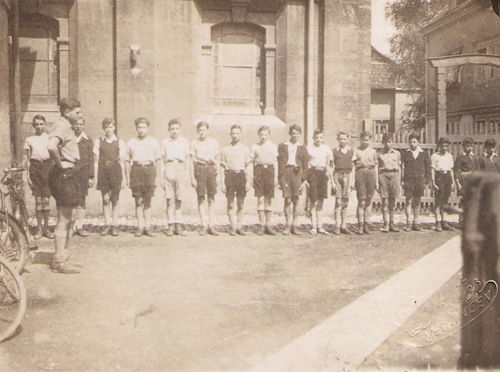 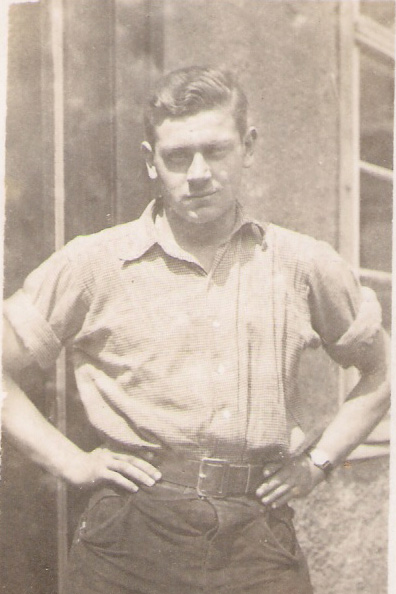 Our group leader, Sigi Brenner, “Maccabi Hatzair,” now in Israel. The kids came from Berlin, Leipzig, Erfurt, Meiningen — and Themar, that is, Erich and I. Somehow I met a lot of these people again, later on in my travels. We were not very peaceful, because we had paramilitary exercises. We had a tent with a guard and a flag as a symbol next to the Synagogue. Sigi is standing in front of it. One night, we were attacked by a troop of Austrian Nazis, who were in a camp nearby. They were political escapees from Austria at that time. A Nazi putsch had failed. Some of them even swam the Werra River, which was behind the building, to surround us. We defended our flag and our honor very effectively. Although they were bigger and older, we routed them.

In 1936 the camp was held in a little village named Bibra, near Meiningen. Gelfant’s mother was born there. Some Jewish farmers let us use their barns and gardens. The boys in one and the girls in another barn. We used to tell stories before bedtime in turns. I told a story about a Mounty, with a dog named Alaska Jim, which then became my nickname and followed me for many years. Some of the people I met again in Leipzig and at a Hachscharah Kibbutz in Schniebinchen bei Sommerfeld Niederlausitz. 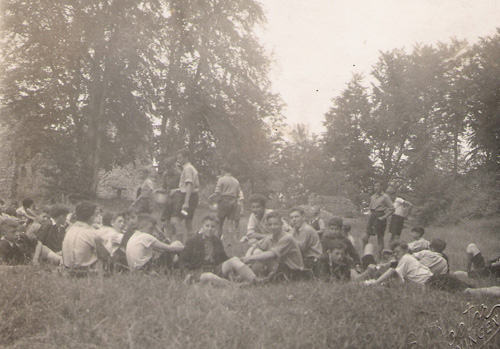 This is after a few hours of route-marching without water, only a pebble in the mouth.

Before going to Götz [the farm of Theo Götz] in Schleusingen in 1937 and to Landwerk Neuendorf in 1938, I spent time in a place called Schniebinchen in Niederlausitz, now Poland, and in Erfurt in Thüringen, about this at another place. I have no pictures.