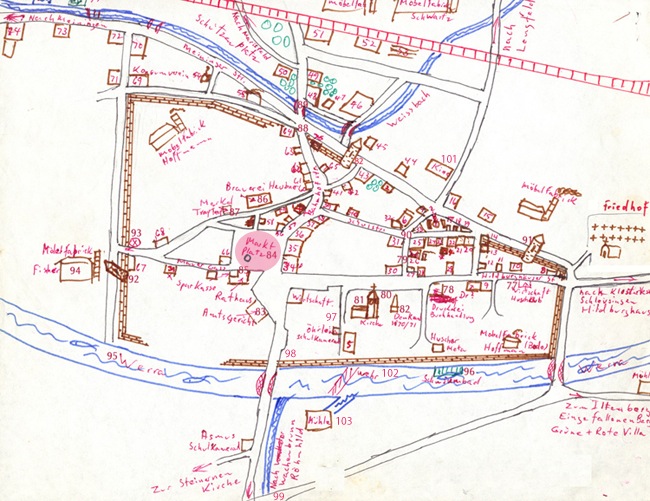 You are here! The centre of Themar. 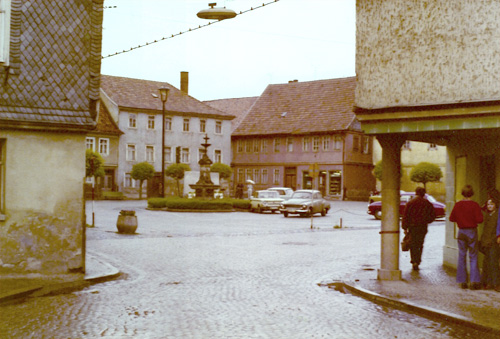 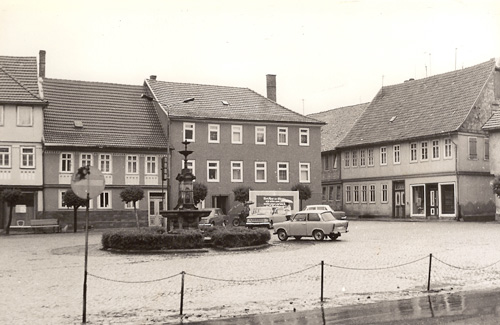 Around the corner of the house with the cars in front of it and the chimney, was once a stagecoach stop. My grandfather, Abraham Schwab, worked there as a porter when he was young. A railroad was built along the Werra Valley about 125 years ago [1858]. 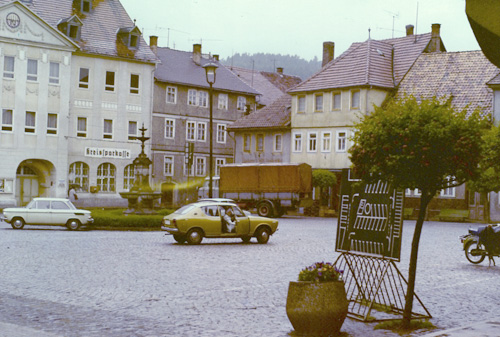 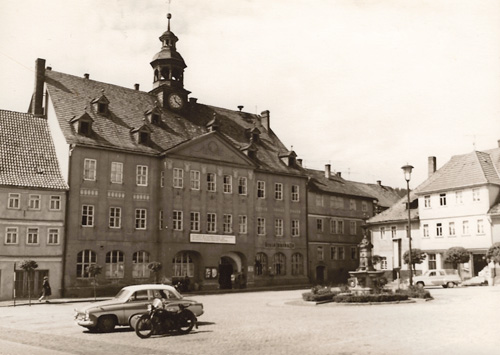 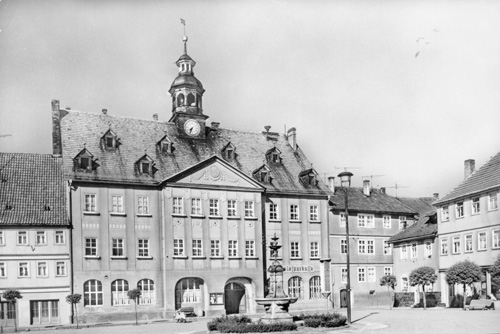 27. Rathaus/City Hall, Police Station & Bank (#85 on map). Credit: Darr, Bild und Heimat Verlag. On the left of the main entrance as we face City Hall was the police and on the right was the savings bank. Once I found a bundle of old muskets in the attic. 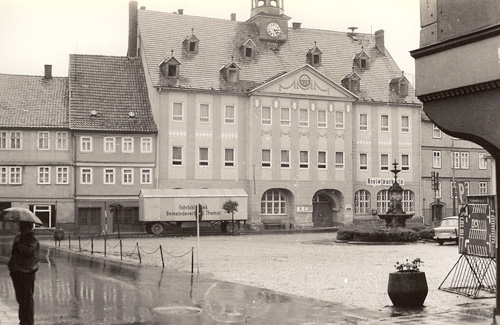 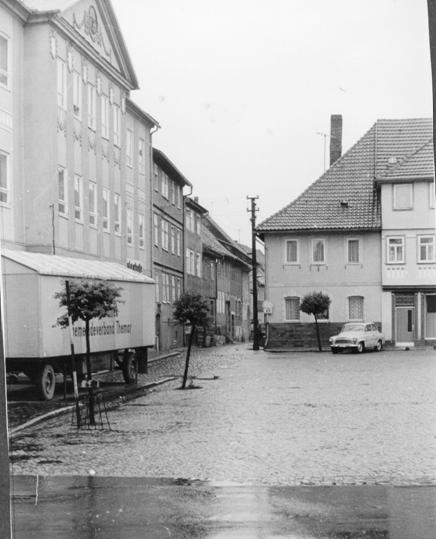 29. Standing in front of City Hall and looking west into the entrance to Mauergasse, 1983 (at site #66 on map). Photo: Arnhold.

This is a view into the Mauergassse (Wall Lane), where we lived for a few years. I played in and around these houses, the house with the chimney was a bakery. The cobblestones were of granite. I still remember when the old basalt ones on the market square and on Bahnhofstrasse (Railroad Station Street) were ripped up, and the granite ones were laid, all by hand. The guild sign of the Stonemasons was a chamber pot with a pile of mustard and 2 wienies. An apprentice had to carry it in parades and processions.

[Editor’s Note: The street that Manfred Rosengarten called Mauergasse is Mangergasse in today’s Themar. It runs northwest out of the Market Square to the Hexenturm, site #92.] 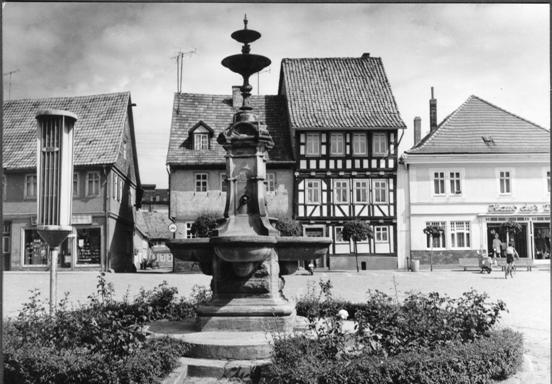 This is the opposite side of the square from the City Hall. The house on the right belonged to a Jewish family named Stern. We called it ‘Kaufhaus Stern’ (Stern’s Department Store). I used to do odd jobs for them, cleaned the attic. I found a lot of stamps there, as a matter of fact they were the first postage stamps ever issued. I also helped the decorator trim the show windows. In the house in the middle lived a fellow, who raised Mink. In the store on the left was a shoe store. Brewery is in the background.

[Editor’s Note: The Stern Kaufhaus/Department Store was formally known as S.J. Baer, founded in the late 1800s by Samuel and Jette Baer. Their daughter, Karoline Baer, married Louis Bär; in turn, their son, Emil Bär, married Selma Schloss. When Emil died in 1913, Selma Bär continued to manage the business. When she married Hermann Stern in 1917, the department store became known, to kids like Manfred Rosengarten and others, as Kaufhaus Stern.] 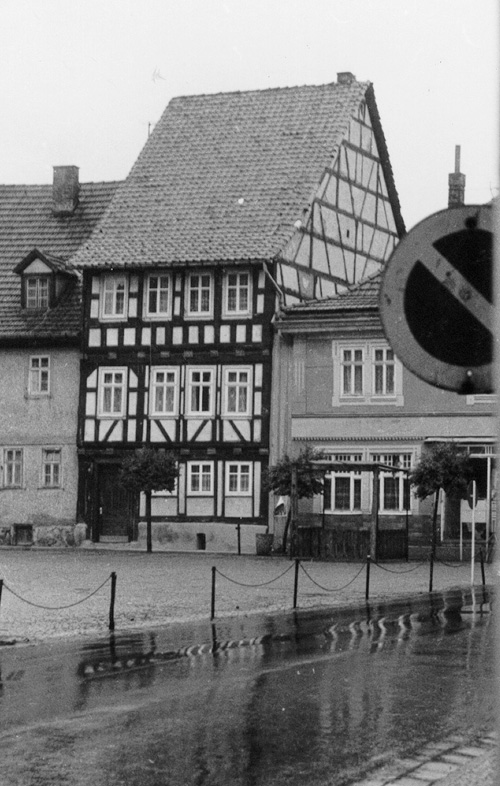 This is the beginning of Bahnhofstrasse/Railway Station Street. On the right out of view was the “Spritzenhaus” or the “Firestation” (#35 on map) actually only a storage barn for the fire pump, all hand operated and horsedrawn.