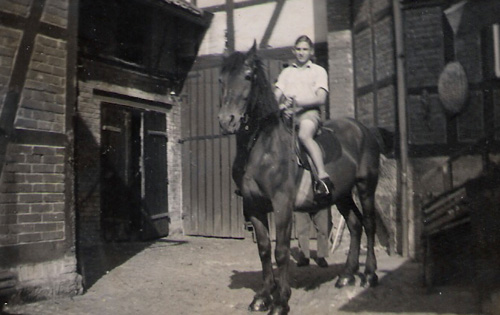 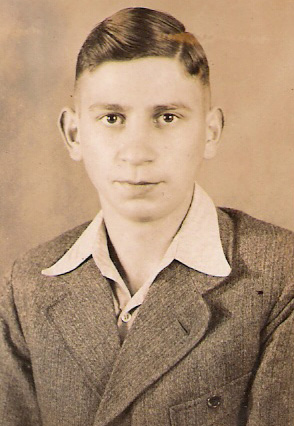 Meinhard Götz’s brother was sent to Buchenwald in 1937 for listening to the radio. There was also a little brother [Herbert], two older sisters [Lilli and Ilse] and a little three-year old [Sieglinde], at the time. Gus is now in New York.

I worked here for a while, did everything you had to do on a farm. Milked cows, plowed the fields either with this horse and cow or with a pair of oxen. I also used to ride the horse in the photo. The large door led to the barn and the smaller one to the stable, I had a room above the stable and to the left. Mrs. Götz was very religious and would not turn a light switch on Shabbat, but she had to milk the cows. So Meinhard and I, one Shabbat morning, got up very early and did the milking. Then Mrs. Götz came to her chores in the dark, of course she got no milk and could not see that the udders were empty. Such fancy cussing I have seldom heard. We were hiding in a fodder bin, our laughter gave us away.

Once I hauled manure with the oxen and got caught in a snowstorm. The oxen stopped cold, so I switched them in their traces, which confused them, so they went right on going – plot, plot, plot. Once I hauled a fodder-cutting machine in a blizzard to Themar, to be repaired at Gassenheimer’s. One time I had to pick-up a couple of cows in Hildburghausen, in order to get them to Schleusingen. I drove them over the mountain through the Hildburghausen city forest, Gerhardtsgereuth and Geisenhöhn to Schleusingen. It was nighttime and there was snow on the ground, at least it did not snow.

Some mornings very early, we had to go the railroad station to unload young bulls. They were in cattle cars and blindfolded. A halter was put on them and in order to control them, we had to lead them that way and tap them over the nose with a stick to keep them in control. At 16, I was a regular bullfighter. Once I took my skis down on the train to Iimenau, on top of the mountain, then I skied down the valley and stopped in all the villages to try to collect money for Mr. Götz. Everybody owed him. Sometimes I got a cup of hot soup or coffee, but no money, nobody was going to pay the Jew. Some claimed that the cow had dried up and gave no more milk and the Jew had cheated them. Some trip!

1938: Landwerk Neuendorf im Sande bei Fürstenwalde/Spree
This was east of Berlin, in early 1938. An agricultural training facility, in this case for Argentina. 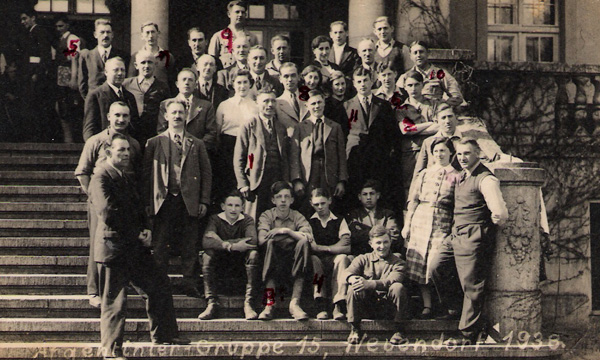 I have forgotten the names of most of them. The boy next to Peter (#3) came from Stuttgart, he grew up in a circus, he was quite an acrobat and animal trainer. I will tell many stories about this place and these people eventually. In this picture, I just came from the horse stable, where I had a big fight with the foreman. He didn’t like that I spoiled my team by stealing oats and using no whip. 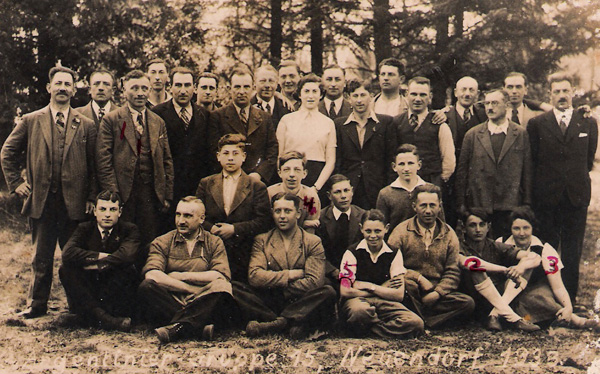 Hanna Zamora was my girlfriend at that time, she had copper colored hair. We were quite an item, it drove my father nuts. The day I arrived at this farm, I met Hanna, she was crying, some fellow had told stories about her, she said were lies. Of course I believed her, after all a damsel in distress, so I had to break a lance for her. I played detective, by shadowing that fellow without him finding out. He was a troublemaker, who wanted to feel important. I was able to trip him up and he confessed that he had lied. Otherwise, Hanna would have been sent home as unfit, which was like a death sentence in those days. So we hit it off. I was 16 going on 17 and she was 15 years old. Once I made a suggestion that all the cakes and cookies should be saved up for a big party with coffee etc. I stored all the care packages, which contained goodies that would last, like pound cake, in my locker. So one day it was full and we had our party. My father sat with Hanna and me at the head of the table and now somebody spread the story that this was our engagement party. O boy! My father thought we had put one over on him and blew his top. Nobody was more surprised than Hanna and I. We felt quite insulted and jumped out of a window and disappeared into the forest. We didn’t come back for quite a while. Then everything was ok. 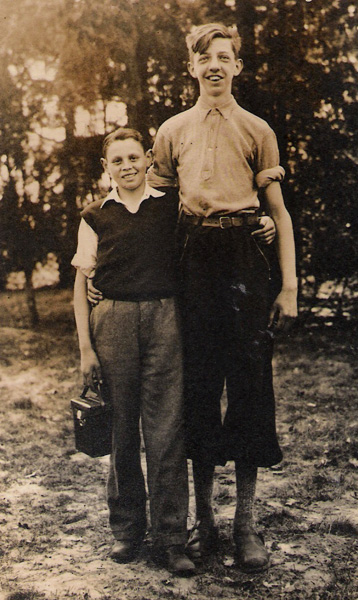 122. Landwerk Neuendorf, 1938 The long and short of it. On the left is Karlchen Bär and on the right is Peter Zellner. 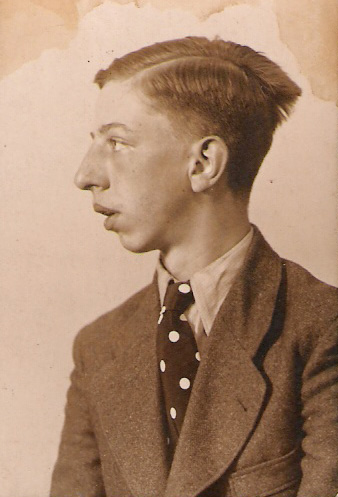 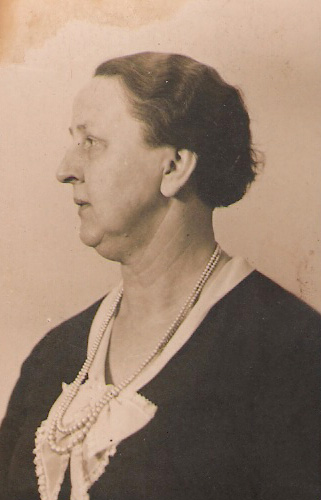 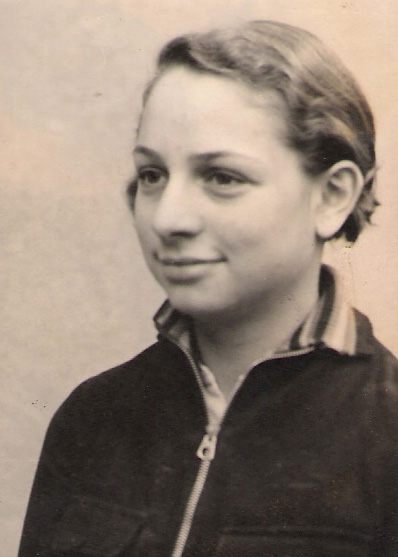 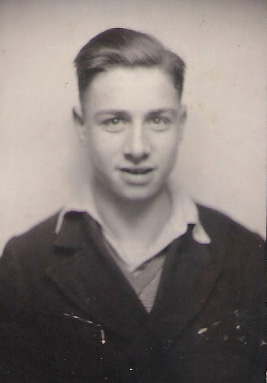 Peter, Horst and I were pretty close. We all 3 had leather riding suits and boots.
About these people, I have to write quite a story, but everything in its time. 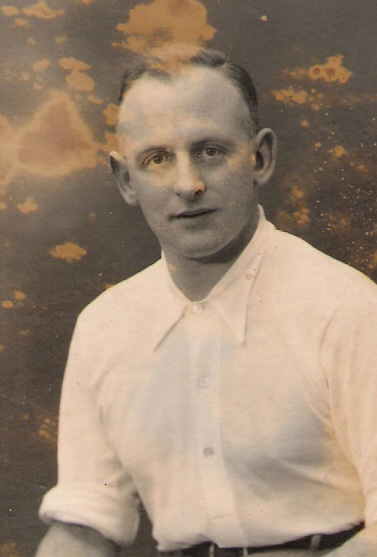 Karl played the violin and we had a little band and made music at parties and dances.
I played my harmonic. One fellow named Wolf played a double necked guitar,
another played accordion. We made pretty good music. 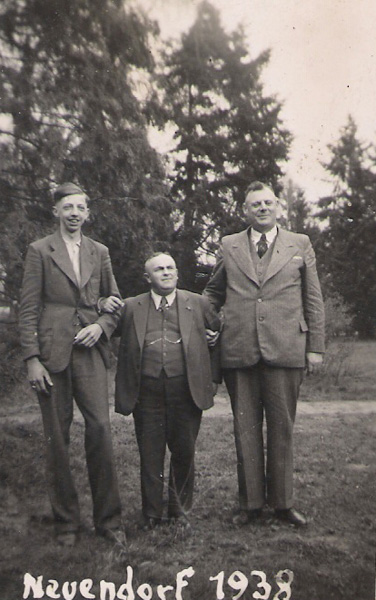 Peter Zellner on the left. The man on the right came from a town on the North Sea,
named Norden. His name was Wolf, maybe related to David Hight’s Mother. Marga’s
grandmother, my great-aunt, was murdered in Norden by the Nazis. 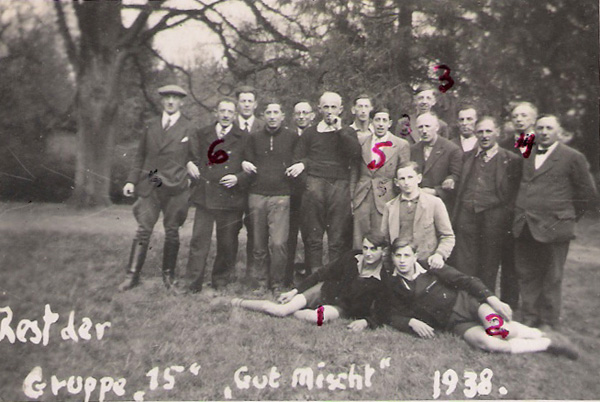 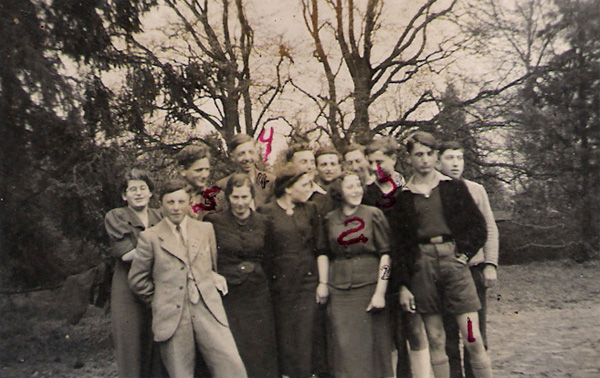 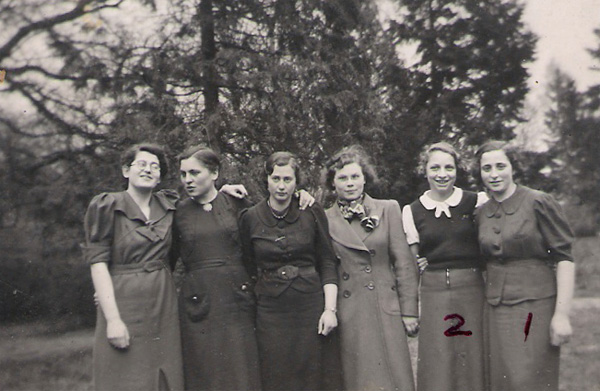 Friedel was my other girlfriend, after Hanna left. We were very much in love and very romantic. She told me that we had better cool it a little, so our friendship would not degenerate into a love affair. Very smart cookie, what would we have done if something had happened? At that time, I started to get a little fuzz in my face and she said it scratched her. But I did not want to start shaving, as it would get thicker. So she got her brother Sigi into the act. One Sunday morning, the whole gang grabbed me, tied me to a chair and Sigi started to lather my face with a shaving brush and shaved me. Thank Heaven for safety razors. Boy, did he and the gang have fun. Then I made him shave me every week or so.