The Jewish Community in Themar, January 1, 1939

The list below, dated 17 January 1939, from the City Archives of Themar, identifies forty-six (46) Jews in Themar who had applied for their Identity Card/Kennkarte as required by law. beginning of January 1939. It also refers to 5 other Jews whose names will be forwarded the following day. 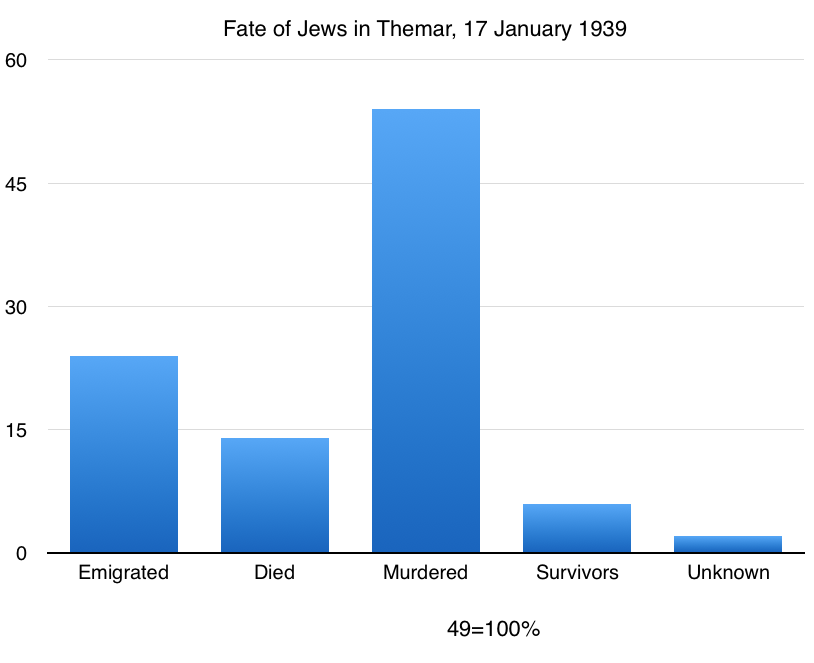 The chart at the right summarizes the fate of those on the list of 17 January 1939 and the attached list . 17 January 1939 Themar provides more detailI. It includes the names of all Jews known to be living in Themar at in January 1939 and indicates their fate: Twelve (12) were able to leave Germany and Europe for safety before the deportations began; seven (7) of those who remained in Germany, all women, died of natural causes before the deportations began from their place of residence. Twenty-seven (27) were deported to killing centres and ghettos. Three survived in occupied Europe: Meta Krakauer, née Frankenberg, returned from Theresienstadt Ghetto, and Charlotte Rosenbaum, née Gassenheimer, and her son Walter, lived through the war in Spain. 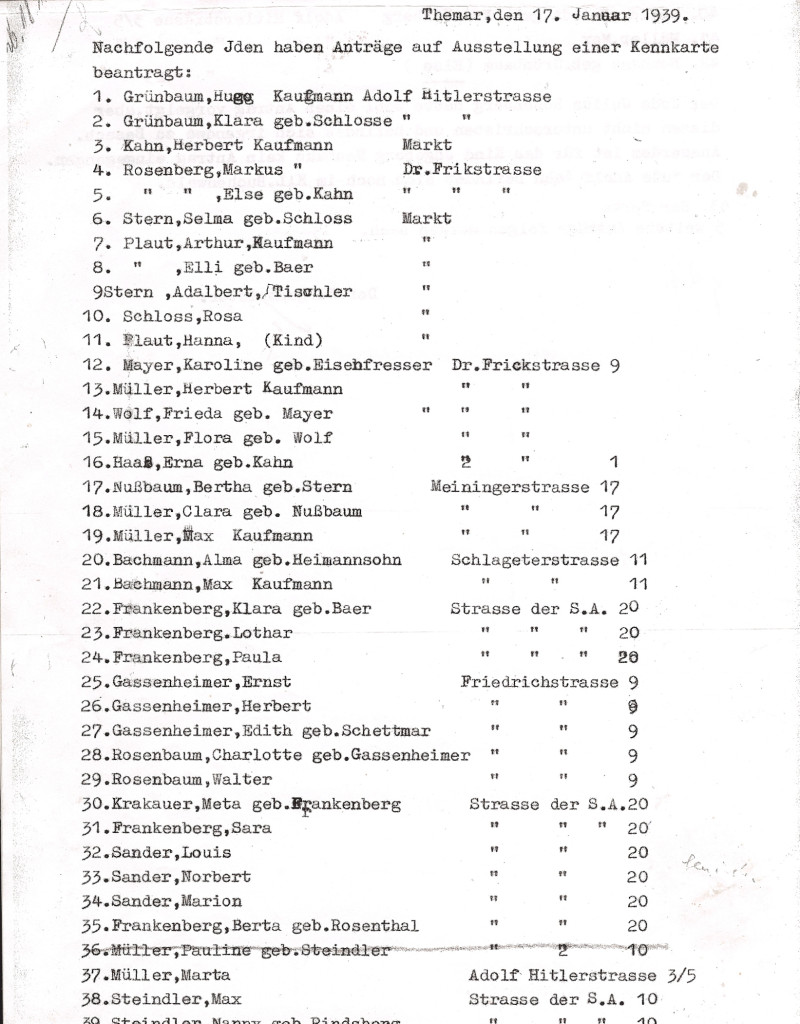