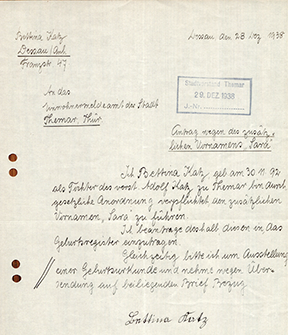 Bettina Katz was a middle child in the family of Adolf and Meta Schwab. Like most members of this family, we know little about their time in Themar.

In late December 1938, Bettina submitted the ‚addition of name‘ form to the City Registrar, Themar, adding ‚Sara‘ to her name. The form, included left, found in the Themar City Archives, is to date the only trace we have of Bettina’s life in Themar.

The traces that we do have are from her life  — and the end of it — in Dessau, Sachsen-Anhalt. Bettina lived with her older sister, Elka Katz Goudsmid, in an apartment at Franzstrasse 74, Dessau during the 1930s. She helped both with running the household and the shop.

The 1930s were years of loss for Bettina and her siblings: Elka became a widow in 1933; then first Josef, the father, and Meta, the mother, in 1937. Both were in their seventies and both died of natural causes. In 1939 as a result of Kristallnacht, Josef Katz, Bettina’s and Elka’s brother, left Germany for France, hoping to be safe there. (He did not find safety and was deported from Drancy on 10 August 1942.) 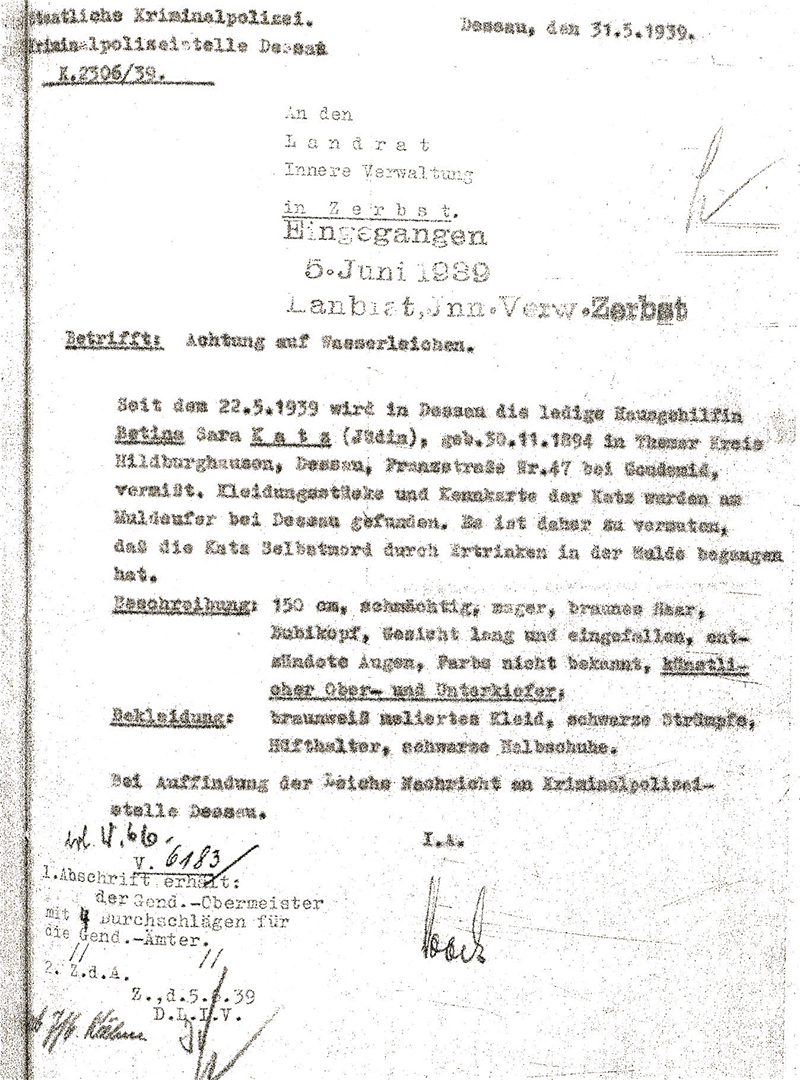 Report of discovery of Kennkarte of Bettina Katz on bank of Mulde River. Source: City Archives, Dessau-Rosslau. Click to enlarge.

In spring 1939, Bettina took her own life. On 22 May 1939, she was reported missing; on 31 May 1939 — according to the police report (at the right) —  her Kennkarte, that is, her official Card of Identity, was  found (along with pieces of clothing) on the bank of the Mulde River. 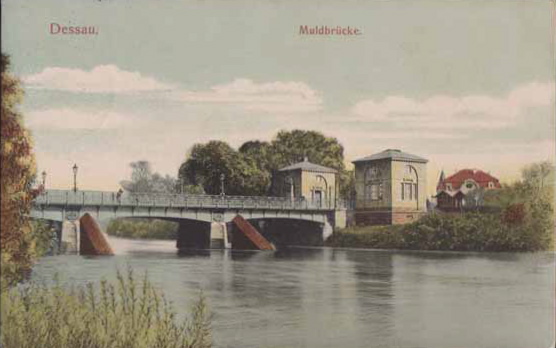 Bettina Katz drowned herself in the Mulde River that flowed close to her sister’s home in Franzstrasse. The Mulde flows into the Elbe just north of Dessau.

On the 12th June, 1939, the police reported that „the body of the missing Bettina Sara Katz (Jew) born 30.11.1894 in Themar was retrieved on June 11, 1939 from the Mulde at Dessau.“ The 11 June 1939 has therefore been officially recorded as Bettina Katz’s date of death. Bettina was buried in the Jewish Cemetery of Dessau. 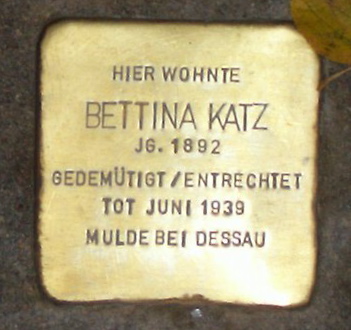