“On November 9 2015, Themar remembered its Jewish citizens. The artist Gunter Demnig laid more Stolperstein, to remind people of the crimes committed against the Jewish population. Dr. Sharon Meen from Canada, who has been researching  the fates of the of the Jewish community of Themar for years, was in Themar as was Dr. Blanca Schorcht, also from Canada. Schorcht is the granddaughter of Theme’s earlier mayor, Fritz Schorcht.” 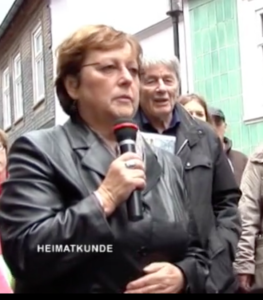 The video — in German — highlights the events of 9 November 2015 in Themar. Eighteen members of the Jewish families of Themar came to the small city for the laying of the Stolpersteine for two families: the S. J. Baer family at Markt 8 and the Max and Clara Müller family at Meiningerstrasse 17.

The Stolpersteine were laid at noon: at Markt 8, Carole Karlsruher (formerly Hannah Karola Plaut), born in Themar in the mid-1930s, and Richard Stern, eldest son of Bert Stern, spoke on behalf of their families. As well, Gabriela Klose spoke on behalf of her mother, Liselotte Hegler. Mrs. Hegler had been an apprentice in the S. J. Baer store and remembered Selma Stern as both an excellent supervisor as well as a wonderful human being; she sponsored the Stoperstein for Selma Stern to honour Selma’s memory. 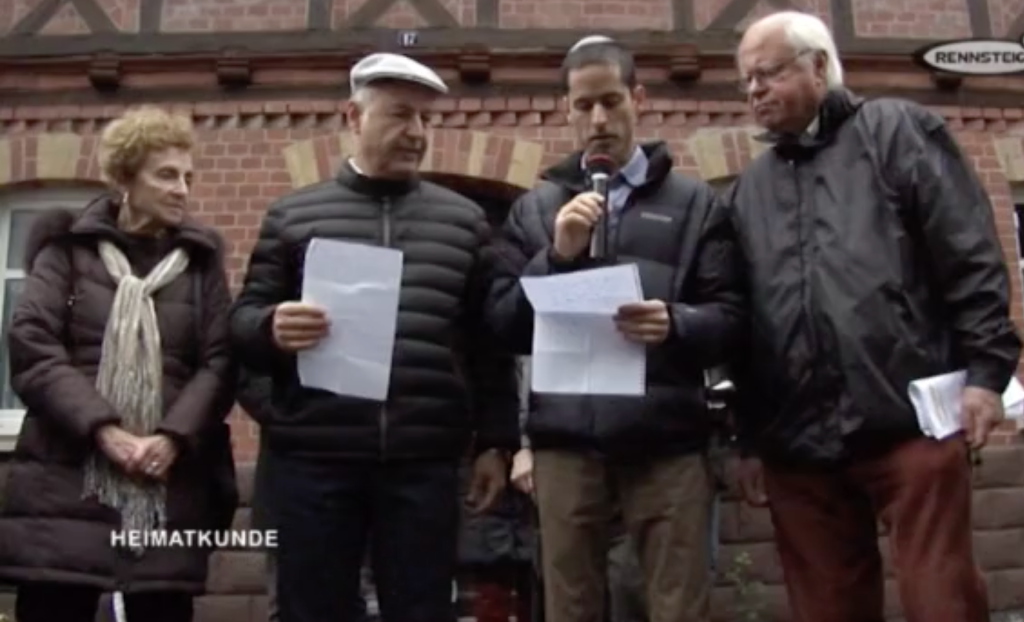 Helen Berkun, the daughter of Herbert Müller (left in photo), Reuven Mor, the son of Willi Müller, and two of Reuven’s children were present at Meiningerstrasse 17. Reuven and his son Isaak spoke on behalf of the Müller famil ; Reuven spoke in Hebrew, Isaak in English and Rolf Lengemann assisted with the English translation. 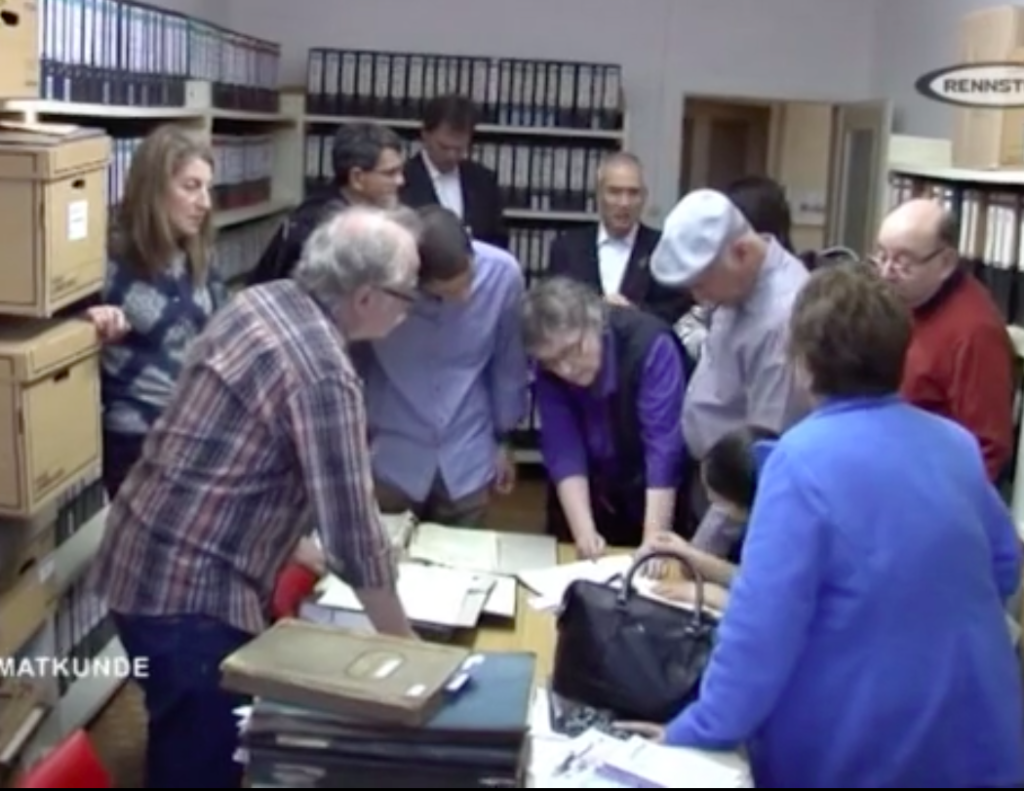 In the afternoon, family members visited the City Archives, where Ralf Kammerdiener and Sharon Meen presented some of the many records available that tell us about the lives of the Jewish families in Themar from the mid-1850s to 1943.

In the evening, at the annual commemorative event for “Kristallnacht,” family members and Sharon Meen shared their knowledge and memories of what happened in Themar on 9/10 November 1938.

As well, Achim Hess interviewed Hubert Böse, Sharon Meen and Blanca Schorcht. Hubert Böse and Sharon Meen discussed their engagement with the history of the Jewish community in Themar since 2008, the importance of connection with the descendants of the Jewish families, and their hopes for ongoing partnership between the city and the historian. Blanca Schorcht described her search for understanding the role played by her grandfather, Dr. Fritz Schorcht, as mayor of Themar during the Nazi period, and reported on some findings that have resulted from her enquiries.