Three of Josef and Hulda’s sons went to war in 1914 and two did not return. Leonhard and Friedrich Daniel (Fritz) were both killed in the early days of the war. 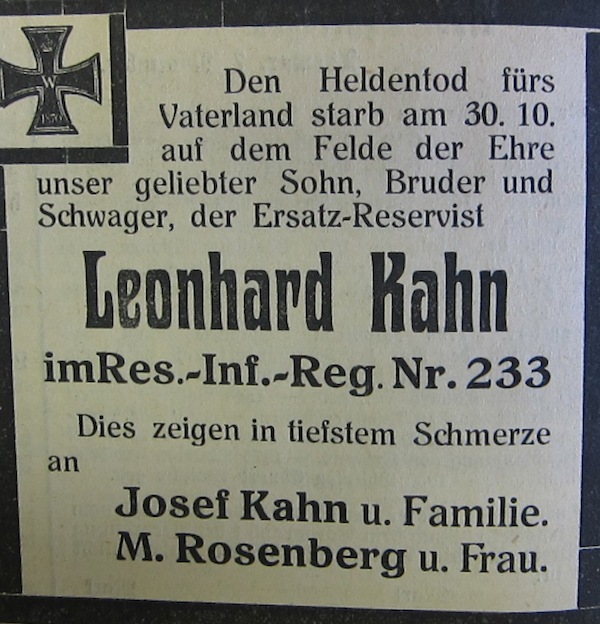 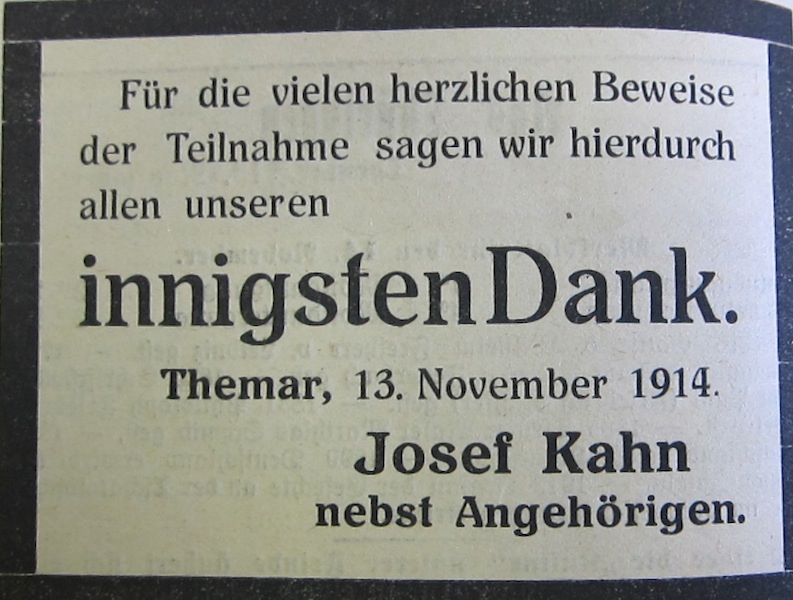 Josef Kahn, Leonhard’s father, thanks the people of Themar for their condolences. Themarer Zeitung, 1914. Stadtarchiv Themar

Their names were inscribed on the WWI War Memorial, dedicated in 1927. This structure was destroyed in WWII. When writing his account, Themar, Thüringen: My Home Town, Manfred Rosengarten stated that the new school building “now incorporates a former War Memorial from WW I. There were the names of two Jewish boys on the one tablet. They were the sons of our kosher butcher, by the name of Kahn. The Nazis had those names chiseled out.” It is not clear exactly what happened: it is possible that the Nazis did remove in some manner the names from the memorial and then after the war the names were either reinstated or recovered.

What we do know is that both names are in the memorial plaque (right below) to the fallen WWI soldiers in the St. Johanniskirche in Themar, at left below. 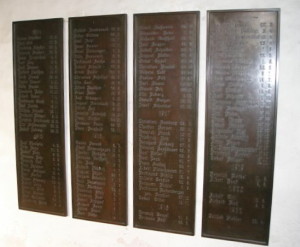 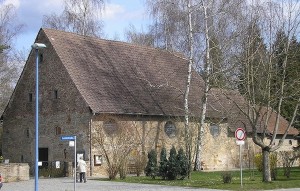